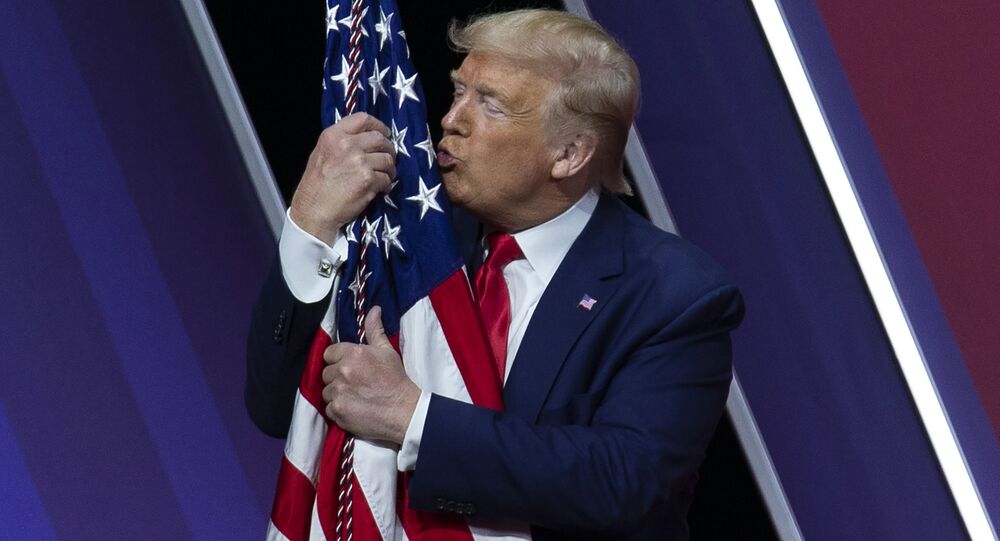 Despite being allies, the US Republicans and the Swedish Moderates appear to have conflicting opinions about Donald Trump and his ways, as both former and current Moderate party leaders have endorsed his Democrat rival Joe Biden.

Former Swedish Prime Minister and long-time Moderate Party leader Fredrik Reinfeldt has ventured that US President Donald Trump is a threat to American democracy, underscoring a risk that the country will turn into a full-blown dictatorship if Trump gets re-elected.

In a televised debate by national broadcaster SVT with Christian Democrat Johan Ingerö, who is also critical of Donald Trump, Reinfeldt suggested that Donald Trump has a “a lot of dictatorial manners”.

Ingerö, while calling Trump “moody and erratic” and his way of expressing himself and dealing with his opponents “completely reprehensible”, countered Reinfeldt's conclusions by emphasising that neither the US freedom of speech nor the right to vote are threatened.

However, Reinfeldt stood his ground by alleging that Trump is trying to make himself a kind of “autocratic king”.

“The US constitution is from 1788, and it was a modern one for its time, and what the Founding Fathers most of all wanted to avoid is having such a autocratic king as they had seen in Europe, and that is what we have got in Donald Trump. He has this view that he rules autocratically, requires blind obedience and acts through his family. And in that way he has pushed the boundaries of the presidency,” Reinfeldt claimed.

During the US Democratic primaries, Reinfeldt endorsed Biden.

The Moderates are a liberal-conservative party that generally supports tax cuts, the free market, civil liberties and economic liberalism. Historically, they were known as the Right inside the country and the Conservatives outside of Sweden and are still seen as the Republicans' sister party, being members of the same International Democrat Union, an alliance of centre-right and conservative parties. Under Reinfeldt, however, who led the party between 2003 and 2015 and served as prime minister between 2006 and 2014, the party shifted to the left, embracing mass immigration in what Reinfeldt himself called an “open hearts” policy.

Incidentally, the Moderates' current leader Ulf Kristersson said he supported Trump's rival Joe Biden in the upcoming 3 November election, suggesting that Trump was “bad for the US and for American cooperation with Europe”.

'Offensive': Swedish Man Banned From Having 'Trump' as Number Plate