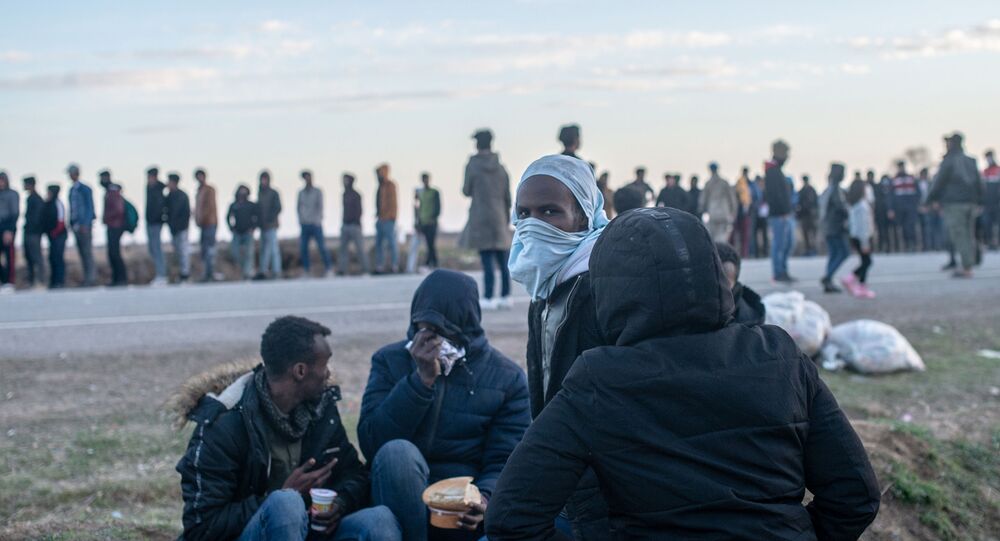 As the Scandinavian nation braces itself for a repetition of the 2015 migrant crisis, its political establishment is deeply divided on how to proceed.

Sweden's immigration debate has flared up again, as Turkey decided to let migrants through its borders.

While many journalists and experts see the situation as reminiscent of the 2015 migrant crisis, when Sweden alone took in 163,000 asylum seekers, today's situation is largely different in terms of party politics.

The liberal-conservative Moderates, who under former Prime Minister Fredrik Reinfeldt embraced mass immigration and were largely in favour of migrant-assisted population growth, went out with the message “Strengthen the Border”.

“Sweden's refugee situation of 2015 must never be repeated! When Turkey's president now opens the border to Europe for migrants, Sweden and the EU must act to protect the border”, the Moderates wrote. To protect Europe's borders, the party suggested sending Swedish personnel and border guards to the EU's external borders to assist Greece and Bulgaria, the two nations at the forefront of the new migrant crisis.

The party also posted an ad featuring its stern-faced leader Ulf Kristersson sporting a hunter's outfit with the very same slogan: “Strengthen the border”. However, following widespread criticism, the image was removed, lest the hunter outfit “distract attention from the message”, as the party's public relations department explained.

​The Centre Party, the Moderates' former ally in the centre-right “blue bloc” who jumped ship and became the sidekicks to the ruling left-of-centre Social Democrats, countered with the exact opposite message: “Open the borders”. The Centre Party Youth Wing (CUF) retorted with a picture of its leader Ida Alterå mocking Kristersson's posture and stern face.

“Sweden's refugee situation of 2015 must never be repeated. We have to reform society so that those who seek refuge here will have the opportunity to have a new life in Sweden”, the caption said. “Open your hearts – and your borders”, the Centre's motto said.

​The contrast between the former allies raised many eyebrows.

​By contrast, the Left and the Greens called for taking in as many refugees as possible.

“We must protect the right to asylum and help people in need. I hope we can agree as broadly as possible on a humane and legally secure immigration policy. We cannot forget that there are one million refugees at the border. That's something we have to deal with. But we must do it in another way that is more sustainable and more humane than before”, Greens spokesman Rasmus Ling told national broadcaster SVT.

According to the Left, Europe must accept and “redistribute” the immigrants storming its frontiers.

“We have to get everyone involved, at least a large number of countries. Say about 20. This is what Europe should do, you cannot not send soldiers on refugees”, Left's Malin Björk said.

“Stop the violence at the border. Give refuge to those who flee”, the party tweeted.

​Earlier this week, Turkish President Recep Tayyip Erdogan promised to unleash “millions of refugees” upon the EU, adding that the West must share responsibility for the refugees.

Greece strengthened its security on the border by deploying riot police using tear gas to prevent the thousands of migrants, who have already reached its border, from entering. In the past few days, violent border clashes have erupted.