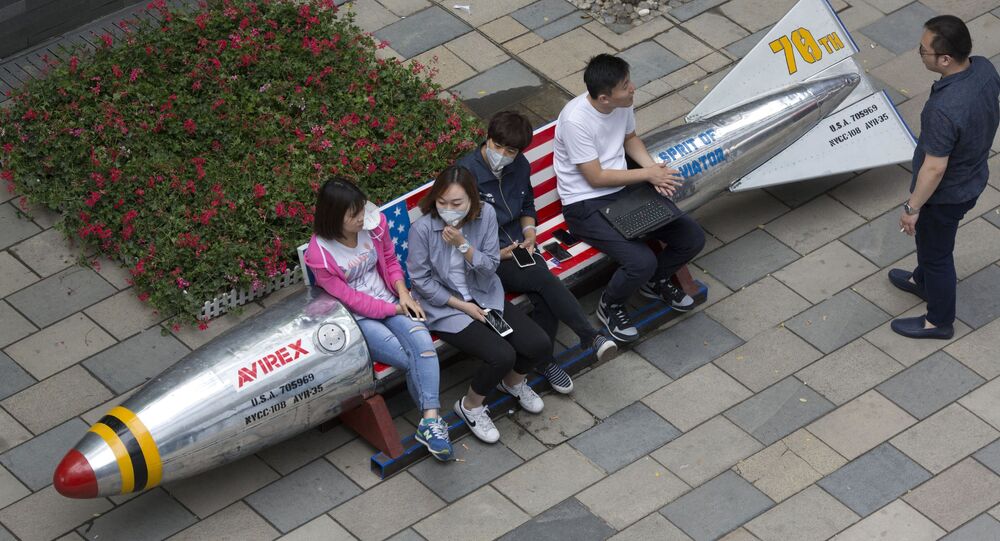 In earlier negotiations with US Secretary of State Mike Pompeo, EU High Representative for Foreign Affairs and Security Policy Josep Borrell set out the prospect of new limited areas of cooperation between the bloc and America by pressing China to reopen access to markets.

EU ministers Tuesday are set to discuss the potential for enhanced defence and intelligence cooperation in the bloc, amid fears that US-China tensions will ratchet up still further, growing into a permanent big power standoff, according to a joint Franco-German paper first obtained by Bloomberg.

As the memo reads, deeper defence integration is necessitated by "the return of power competition and confrontation and the ensuing threat to the rules-based international order", suggesting that the EU's intelligence services should produce a classified assessment of the state of affairs by the end of the year. The review is hoped to help assess the possible risks of a strategic conflict after the US presidential elections and decide on the measures in a variety of spheres from peacekeeping to space and cybersecurity.

EU foreign affairs chief Josep Borrell earlier said the bloc would hold discussions with the US on the challenges posed by a more assertive China in a bid to reach a common understanding. Borrell's comments came after EU foreign ministers held a two-hour virtual meeting with the US Secretary of State, Mike Pompeo, covering the main stumbling blocks between them including China and Israel's operations in the West Bank.

Borrell noted the standoff between China and the US has become the main axis of current global politics and the pressure on the EU to "select a side" is mounting, he stressed.

"We as Europe must find our own independent way of doing things, even though this will bring various challenges", the EU foreign chief said, as some EU states believe it is highly improbable that the bloc will remain neutral.

Borrell has so far been resistant to talk of a new cold war, arguing all the big trade and the climate issues require full-fledged Chinese cooperation.

However, in the wake of the coronavirus debate concerns have already appeared over the lack of access to Chinese markets, as well as the role of Chinese state companies and possible takeovers of struggling European companies.

EU policymakers are also worried that the US could soon impose a type of extra-territorial sanction by blacklisting European companies that uphold business ties with the Chinese telecom giant Huawei.

Borrell said the mood of the meeting was not one in which Pompeo either accepted or rejected the EU point of view, as the bloc called to find more limited areas of EU-US cooperation by, for instance, insisting China open access to markets and blocking controversial security investments.

The US-China confrontation debate peaked soon after the height of the coronavirus pandemic, around late May, with Beijing accusing Washington of pushing relations towards a "new cold war".

"China has no intention to change, still less replace the United States", Chinese Foreign Minister, Wang Yi, said at the time calling the US to change its stance:

"It’s time for the United States to give up its wishful thinking of changing China and stopping 1.4 billion people in their historic march toward modernisation", Wang noted, adding that political attacks on China over the origins of the coronavirus and global trade matters "are taking China-US relations hostage".

Apart from an ongoing trade war between the two biggest economies, the relationship has been soured due to the mutual blame game about where the novel virus emerged, with the US and China accusing each other of experimental laboratory leaks, suggesting it could be the reason why the pandemic started and swept across the globe.

The World Health Organisation has reiterated a number of times that the mutual claims are unfounded, stressing that the novel coronavirus is not man-made. Separately, the US also accused China of initially delaying information about the spread of COVID-19, with Beijing hitting back and insisting that it has been transparent about the Wuhan flare-up from the very beginning.

Britain, EU Agree That Brexit Transition Period Will End as Scheduled on 31 December