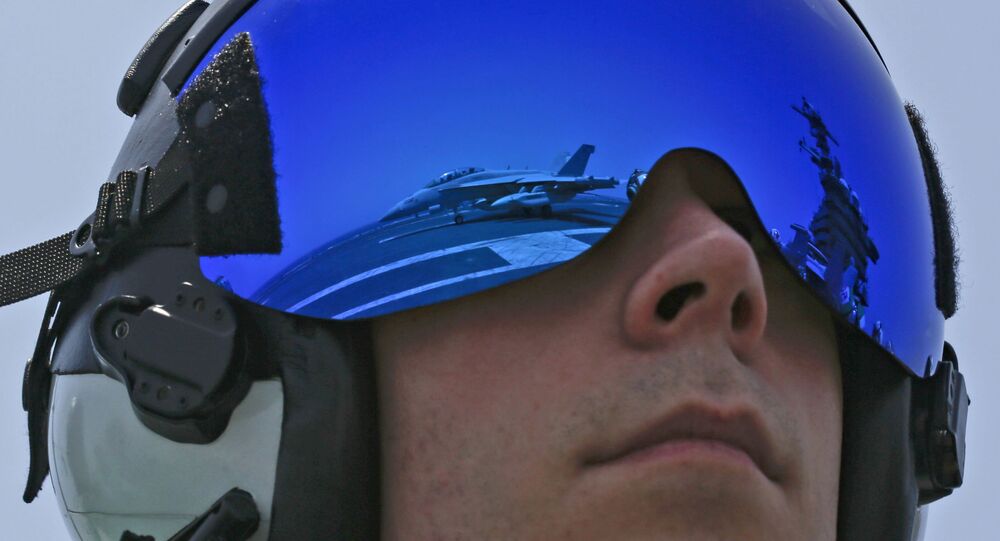 Last year, Berlin scrapped plans to buy Lockheed Martin's F-35 stealth combat aircraft in order to replace the Tornado fighter-bombers that have been in service in the German Armed Forces since the early 1980s.

German Defence Ministry officials have referred to transatlantic ties as one of the reasons for the US F-18 fighter jet possibly becoming the Bundeswehr’s warplane of choice to replace its aging fleet of Tornado fighter-bombers.

In a letter sent to lawmakers earlier this week and seen by Defence News, the officials pointed out that “the decision [on purchasing the F-18s] cements the transatlantic partnership, and it underpins our credibility within NATO”.

The message came as German Defence Minister Annegret Kramp-Karrenbauer reportedly described the move as a mere proposal, adding during a press briefing on Wednesday that “we have not made a source selection [yet]”.

The statement followed the press secretary of the German Defence Ministry saying on Tuesday that "there is still no formal decision on the successor to the Tornado jet”.

The remarks flew in the face of reports that the German government had allegedly confirmed that the Tornados will be replaced by Eurofighters and F-18 jets from US-based Boeing.

German Defence Ministry spokesman Arne Collatz-Johannsen was earlier cited by AFP as saying on Monday that “we recommend a mixed solution which would keep the European defence industry running at capacity and what’s more, concerning less than a third of the total, possibly come from non-European suppliers”.

AFP also quoted an unnamed source as confirming previous reports that the government’s plans stipulate purchasing 90 Airbus-made Eurofighters and 45 F-18 jets; 30 of the F-18s will be equipped to carry American nuclear bombs.

German magazine Der Spiegel, in turn, reported earlier in April that Kramp-Karrenbauer had allegedly confirmed in an e-mail to her US counterpart Mark Esper on 16 April that the Bundeswehr plans to buy 30 F/A-18 Super Hornets to replace the nuclear and electronic warfare capabilities of the Tornado warplanes.

During a visit to Washington in September 2019, the German Defence Minister reportedly said the warplane replacing the Tornado should “seamlessly” deal with a dual role that envisages the aircraft serving as a fighter-bomber in conventional warfare and maintaining the capability to carry US B61 nuclear gravity bombs.