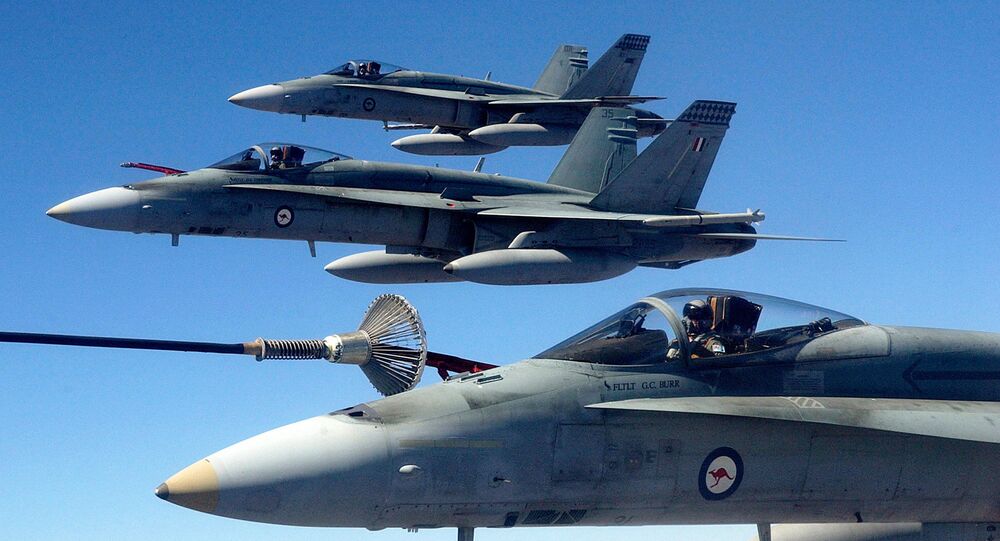 WASHINGTON (Sputnik) - Two F/A 18s fighter jets have collided over a US Marine Corps base in the state of California, a spokesman for the 3rd Marine Aircraft Wing said.

The spokesman, 1st Lt. Fredric Walker, told the US military publication Marine Times on Tuesday that the pilots of the two aircraft landed safely after a "mid-air incident" over Marine Corps Air Ground Combat Center Twentynine Palms in southern California during training on February 28.

"No personnel were injured," the spokesman told the publication.

© Sputnik / Maksim Blinov
Su-34 Jets Accidentally Collide In Far East, Both Crews Eject - Defence Ministry
Both of the aircraft involved in the accident are assigned to the 3rd Marine Aircraft Wing, the report said. Officials did not provide details about the damages caused to the aircraft. However, the accident was classified as a Class A incident, which means that the aircraft suffered significant problem which would cost more than $2 million to fix.

This incident is the second major aviation accident for the Marine Corps so far this year.

On January 5, an AV-8B Harrier aircraft was damaged after it ingested a refuelling ground strap, the report said.

This year's incidents follow a deadly crash in early December off the coast of Japan in which six US Marines died after a KC-130 collided with an F/A-18.