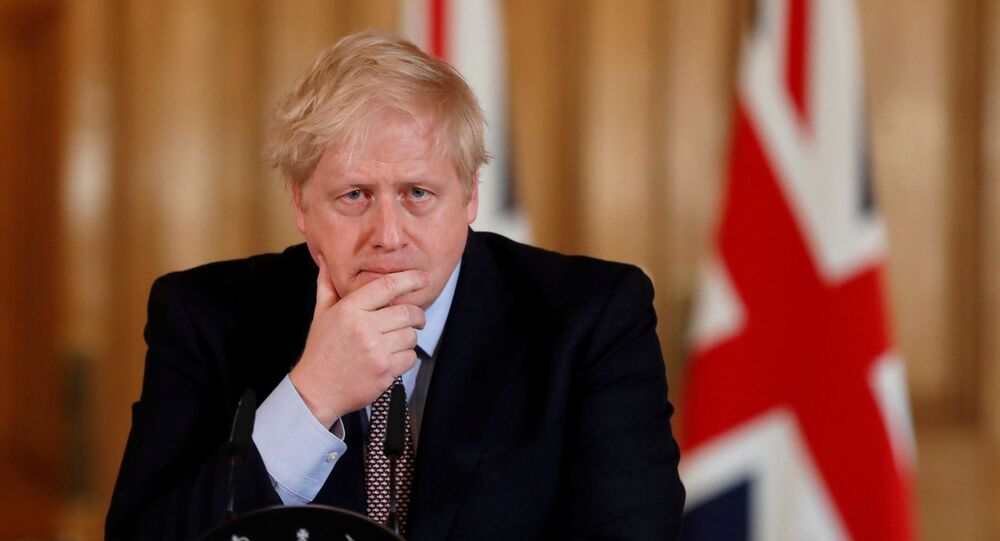 According to Berglöf, he did it to make people “forget all the other crap he's been doing”.

Berglöf, who describes herself as a “female supremacist” and whose profile pic says "the kids aren't alt-right", retweeted Johnson's thank you speech to National Health Service workers after he recovered, as she made her remarkable innuendo.

“Risky gamble of Boris anyway to get the coronavirus and end up in intensive care etc, just so he can put out nice movies that make you forget all the other crap he's been doing”, Berglöf tweeted.

“Damn hard to like Boris, but talk he can”, Berglöf tweeted.

“Come on. The guy fell ill (and risked dying) and paid tribute to the healthcare staff. In a very elegant way, besides”, one reply said.

​“I don't know you, but you come across as a small-minded and nasty person! A totally unworthy comment”, yet another wrote.

​Furthermore, the tweet was called “obnoxious”, “distasteful”, and “loathsome”.

Others called Berglöf an “online hater”, a “sick person”, and a “disgusting leftist troll” and suggested that she was “bitter” and “envious” of Johnson's speechwriting.

Still others said this was “gutter-level writing” and suggested that Berglöf was dragging the newspaper Sydsvenskan down.

Another recurrent motif in the comments was to urge Moa to “open her heart”, a reference to Reinfeldts landmark pro-immigration speech delivered in 2014, in which he urged fellow Swedes to “open their hearts” and embrace mass immigration.

However, some came to Berglöf's defence, suggesting she was simply being funny.

After serving as Fredrik Reinfeldt's speechwriter for eight years (2006-2014), Berglöf became an entrepreneur and columnist at Sydsvenskan. After voting for the Moderate Party for 20 years, she admitted having changed her views. Furthermore, she said the Moderates were developing in the wrong direction, having, in her own words, moved “from open hearts to closed borders”. Instead, Berglöf hailed the Centre Party as “the most liberal”.

On Sunday, Prime Minister Boris Johnson was discharged from St. Thomas’ Hospital in London, after spending three nights in intensive care being treated for COVID-19. Johnson, now convalescing at the prime minister's country house Chequers, thanked the NHS, declaring it had “saved my life, no question”.