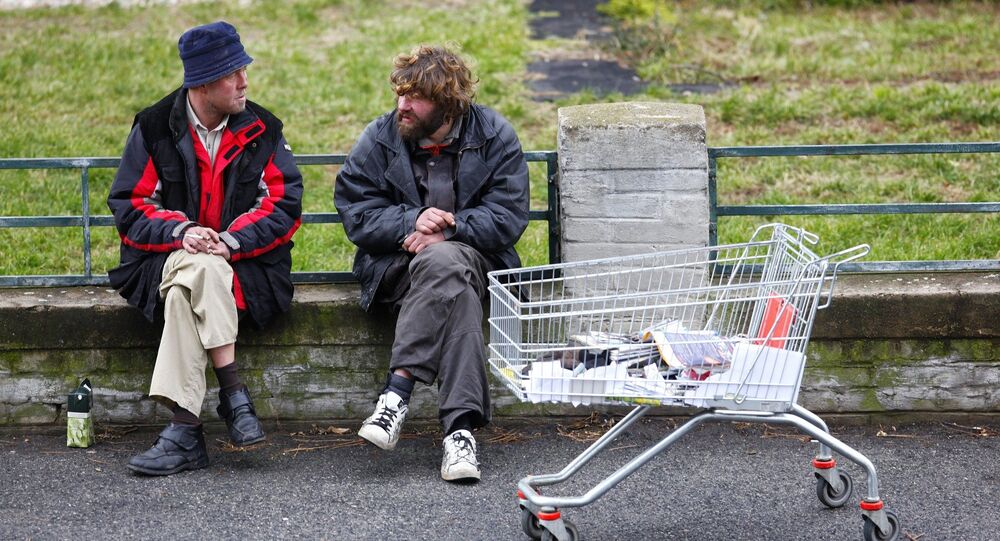 Self-isolation and social distancing have wiped away the crowds from the streets, depriving panhandlers of their income.

Finland has endured a partial state of emergency for nearly two weeks due to the coronavirus outbreak, and operators of homeless shelters in the Finnish capital Helsinki say that their facilities lie half-empty.

Most notably, the Roma diaspora, who have long been a fixture on Helsinki streets, has more than halved.

“We have noticed this. More than half have returned to their home countries”, Mika Paasolainen, service director of the Deaconess Institute, told national broadcaster Yle.

His charitable organisation runs two emergency shelters for vagrants in Helsinki. Usually, both are nearly full of Roma people hailing from Bulgaria and Romania. Instead of the usual 200 rough sleepers, however, now the facilities house around 80, Paasolainen said, citing the emergency measures taken by the city.

“One reason that they come is income, and now that is gone,” Paasolainen explained.

According to Yle, the main sources of income for Helsinki's homeless are selling street papers, collecting returnable bottles and begging for money.

Secondly, Paasonen speculated, the desire of Bulgarian and Romanian Roma to return home could have sped up the exodus.

“Those who have money to leave to be with their families and children have done so. They feared that if Finland closes its borders they would not be able to return home,” he mused.

According to Paasolainen, the majority of Finland's foreign-born Roma can be found in the Helsinki region. He assumed the situation from their point of view was “equally bad” in other parts of the country. Still, he said he expects the Roma panhandlers to return, once the pandemic has subsided and the emergency measures are over.

Last week, the Finnish government cordoned off the capital area, which includes Greater Helsinki and is home to nearly one-third of Finland's population, or about 1.7 million people, as part of its strategy to beat the epidemic.

For the past decade, the presence of street beggars from eastern and southern Europe, predominantly Roma, has been a problem across Scandinavia, amid reports of “organised begging”, complaints from residents, and sanitary concerns. In 2019, the first two cased of “forced begging” were recorded in Finland, a problem that has received more attention in neighbouring Sweden.

Half of Finns admitted to being annoyed by beggars, with members and supporters of the Left Alliance being the most positive about the group, a previous poll found.

As Sweden and Finland remain the among the European nations with least restrictions on begging, the debate goes on. While some, like the liberal-conservative Moderates Party in Sweden, advocate a blanket begging ban, others, including a plethora of human rights groups and organisations, appeal to humanitarian reasoning and claim such a ban is brutal.

Pre-coronavirus estimates of the number of South European beggars in Helsinki alone varied from 500 to 700.