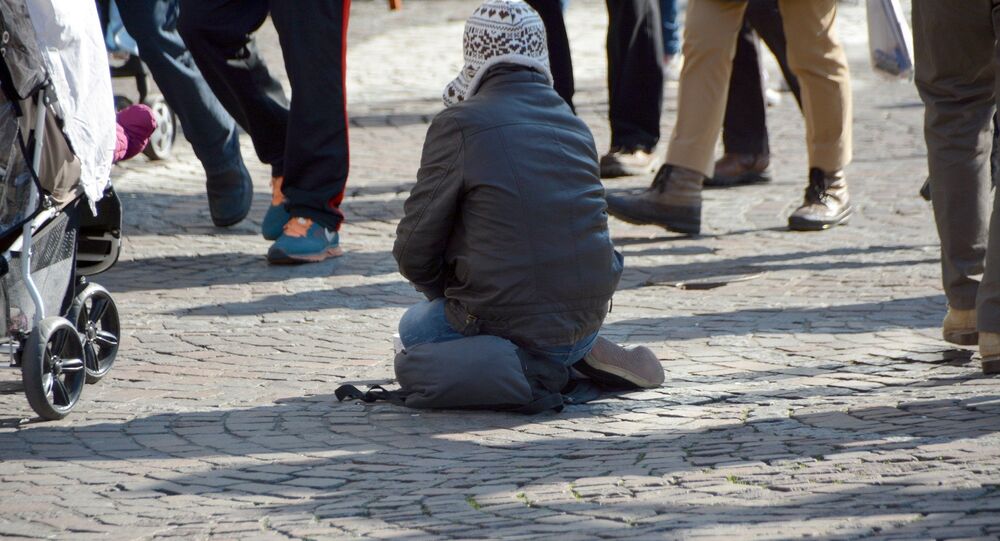 Sweden's top administrative court has green-lit a begging ban in a town in Skåne County, the first one to be introduced and expected by some to set a precedent for other parts of the country to follow suit.

In August 2017, the town of Vellinge became the first in Sweden to introduce a begging ban. However, the decision was later overturned, first by the county administrative board and later by the administrative court of appeal. Sweden's Supreme Administrative Court, however, upheld the decision, which came into effect this week, the national SVT broadcaster reported.

The Supreme Administrative Court also ruled that individual municipalities have the right to introduce begging bans. The ban on begging or passive money collection applies to five defined areas in the municipality, a measure introduced after a municipality-wide begging ban in Sala was judged to be incompatible with public order laws.

Vellinge Mayor Carina Wutzler from the Moderate Party was happy and relieved over her municipality being authorised to implement the ban as planned.

"Of course, it's gratifying that we got the right. The case has been through many different instances. I have been quite uncertain about it. That's why it's good to have a clarification," Wutzler told the national SVT broadcaster.

According to Wutlzer, the support from the highest administrative court will set a precedent for others to follow.

Previous efforts to introduce begging bans have also been made in the towns of Eskilstuna and Kungsbacka, while individual politicians propagated for a nationwide begging ban, which already exists in neighbouring Denmark. At present, a comprehensive begging ban is supported by the Moderates and the Sweden Democrats.

The begging ban triggered polarising reactions among Swedes. While a number of fellow municipalities, such as Staffanstorp, voiced their interest for the ban, it was also widely slammed by human rights organisations, such as Amnesty International, and Crossroads, a local charity supporting vulnerable EU citizens. According to them, anti-begging laws put people already living in poverty at risk of social exclusion and legal penalties.

Dagens Nyheter, one of Sweden's leading dailies, called the ban "malicious signalling" arguing that muscle-flexing was an irresponsible way of pursuing politics.

Feminist Initiative senior member Soraya Post insisted that the decision was "banning people" instead of "showing empathy." In her opinion piece, Post argued that the begging ban was "anti-gypsy", "racist" and "xenophobic" in its nature, since most beggars in Sweden are Roma from Bulgaria and Romania.

There were some 4,700 beggars across 220 Swedish municipalities in 2015, according to a survey.