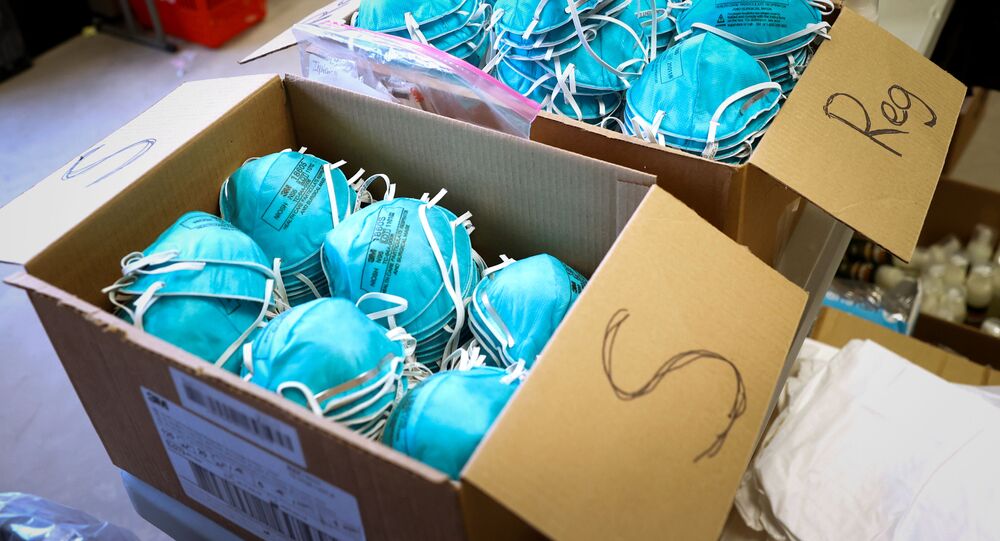 The INSTEX trading mechanism was previously created by European countries to bypass unilateral restrictions, imposed against the Islamic Republic by Washington, as the US threatened to hit those trading with Tehran via secondary sanctions. Iran, however, has repeatedly criticised INSTEX for not functioning properly.

France, Germany, and the United Kingdom have officially confirmed concluding their first INSTEX transaction with Iran, exporting medical goods to the Middle Eastern country. According to the German Foreign Ministry, Berlin hopes to enhance the mechanism and carry out more transaction with Tehran.

The news comes several months after Finland, Sweden, Norway, Denmark, Belgium, and the Netherlands joined the mechanism, allowing the countries to circumvent US sanctions against Iran.

© REUTERS / Essam al-Sudani
Workers in protective suits spray disinfectants near the gate of Shalamcha Border Crossing, after Iraq shut a border crossing to travellers between Iraq and Iran, Iraq March 8, 2020.

The medical goods are being sent to the country amid the coronavirus pandemic, which has severely affected Iran, making it the worst-hit Asian country outside China.

According to official data, there are over 41,000 infected in the Islamic Republic, and the death toll currently stands at 2,757. At the same time, European countries are experiencing a similar situation; Germany has 67,000 infected and 650 fatalities, while France has confirmed over 44,500 cases and more than 3,000 deaths from the virus.