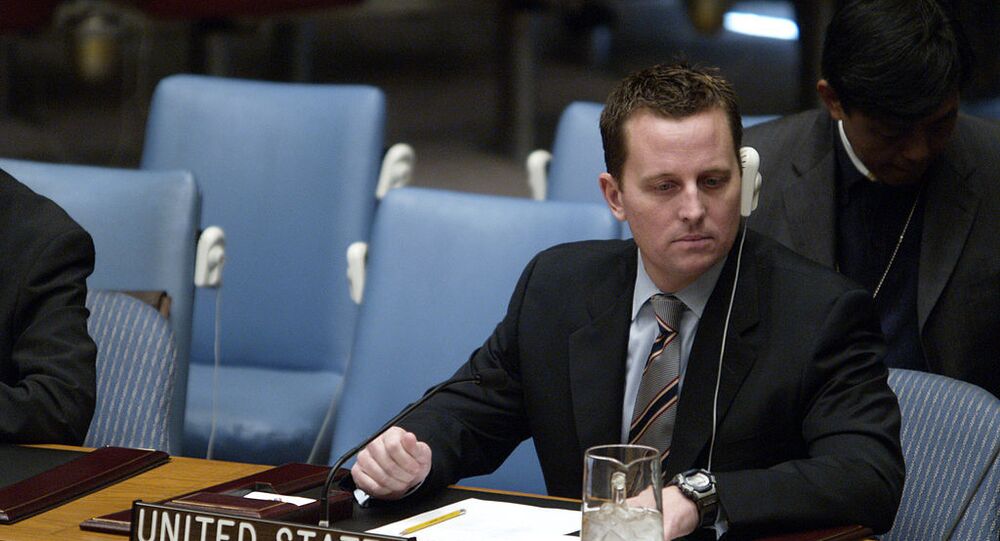 Previously, Tehran, suffering under unilateral American sanctions, threatened to withdraw from the nuclear deal signed in 2015 if European countries don't get their INSTEX trading mechanism working and thereby re-enable trade with Iran.

US Ambassador to Germany Richard Grenell has taken to Twitter to express criticism against the recent decision by Finland, Belgium, Denmark, Netherlands, Norway, and Sweden to join the EU's INSTEX trading mechanism, allowing countries to circumvent US sanctions against Iran. Grenell argued that it was "terrible timing" on these countries' part to make such a decision, referring to unfounded US allegations that Iran has been brutally supressing its recent fuel protests.

Terrible timing - why fund the Iranian regime while its killing the Iranian people and shutting off the internet? You should be standing for human rights not funding the abusers. https://t.co/LKS37nIu1I

The ambassador went even further in his criticism of European politics by proposing that the US Treasury put all visitors of the recent Europe-Iran Forum, including think tanks, businesses, and officials, on the American sanctions list for their willingness to work with the Islamic Republic.

cc: @TreasurySpox @USTreasury sounds to me like all these people and groups should be added to the US Sanctions list. We should ensure that they don’t get to work in the US market. Iran or the US - they decide. But not both. https://t.co/ocAydNHK84

Grenell didn't elaborate on why he concluded that "all these people and groups" visiting the forum engaged in trade with sanctioned Iranian entities – the sole reason for them to end up on the Treasury's list, according to US laws, and were not just exploring the possibilities of doing business with Tehran.

The decision of the six European states to join the UK, France, and Germany is a major development for the INSTEX trading mechanism, which has faced criticism from Iran. The mechanism was devised to allow European companies to trade with Iran without falling under sanctions, which the US has threatened to impose on anyone doing business with designated Iranian entities.

However, Iran has repeatedly slammed it for not functioning properly and thus depriving the Islamic Republic of the key benefit it received under the 2015 Iran nuclear deal – access to international trade, including oil sales. As a result of this, Tehran started gradually backtracking on its commitments under the nuclear deal in May 2019 and reviving its nuclear programme, but still vowing not to develop any weapons as a part of it.

Iran's economy was subjected to harsh sanctions after Washington decided to withdraw from the nuclear deal it signed in 2015 and re-imposed sanctions against Iranian banks and the country's oil industry. The blow to its economy caused fuel shortages in the nation and a subsequent rise in petrol prices in November, sparking protests country-wide. Some non-profit organisations have reported hundreds of casualties as a result of a crackdown, but Tehran has reported only one fatal case. The Islamic Republic also dismissed US accusations of allegedly turning off Internet access in the whole country to prevent protesters from coordinating.