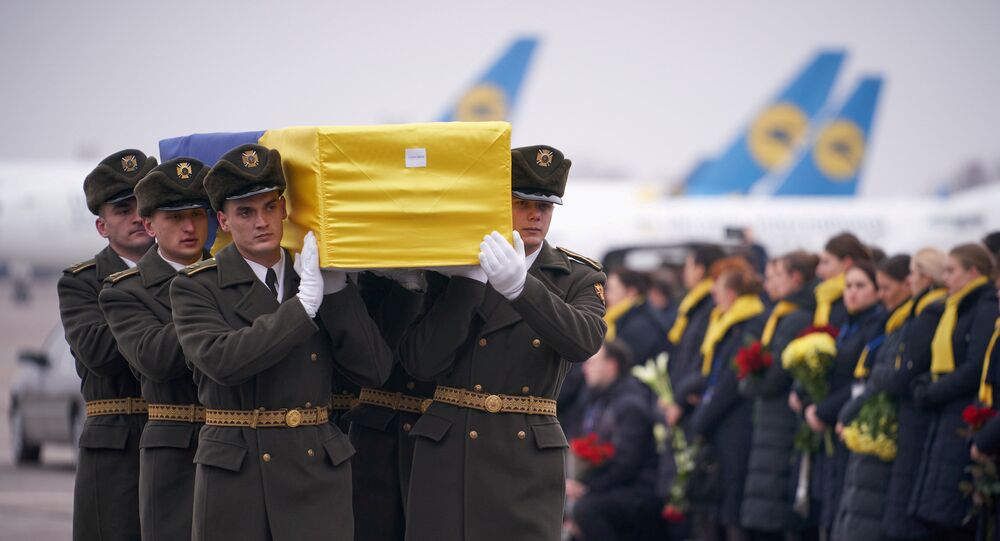 Ukrainian President Volodymyr Zelenskyy is demanding the Iranian government issue larger sums of compensation for the families of victims killed in the accidental downing of Ukraine International Airlines (UIA) Flight 752 on January 8.

"They [the Iranian side] offered $80,000 to each family of each victim, but we did not agree to that. It seems to me that this is not enough,” Zelenskyy revealed in an interview with Ukrainian-language TV channel 1+1 on February 2, as reported by Ukrinform, the country’s national news agency.

“Of course, human life is not measured by any money, but we will press for higher payments.”

The Ukrainian president offered up an example of a wife who had lost her husband in the January 8 incident and argued that $80,000 would not be enough for her to support her family - especially if the now-deceased father was the only breadwinner.

“From our state, we paid as much as we could to every family – UAH 200,000 [about $8,000]. The other part of compensation will come from UIA through insurance companies,” Zelenskyy explained in the Sunday interview, noting that it is difficult for the Ukrainian insurance companies to work with Iran, as Tehran is currently under sanctions.

He also revealed that Kiev intends to file a lawsuit against Tehran in an international court, asserting, “Ukraine will definitely win. We will win everything.”

The Iranian Civil Aviation Organization revealed in a preliminary investigation report that Flight 752, carrying 176 passengers and crew, was shot down by two Tor-M1 missiles shortly after takeoff on January 8. Iranian Foreign Minister Mohammad Javad Zarif later announced on January 25 that the “Iranian man who shot down the Ukrainian plane is now in prison.”

Tehran announced on Monday that it would be suspending cooperation with Ukraine concerning Flight 752 after a leaked audio file and transcript belonging to the countries’ joint probe was published by Ukrainian media.

“That surely is light from a missile,” a pilot operating an Aseman Airlines flight from Shiraz to Tehran said to the air traffic controller, reported the Washington Post. “We saw an explosion, a big flare from the explosion.”

Hassan Rezaifar, the director in charge of accident investigations at Iran's Civil Aviation Organization, announced Monday that this leak from the “technical investigation team of the Ukrainian aircraft crash” has led Tehran to halt sharing evidence with Kiev.