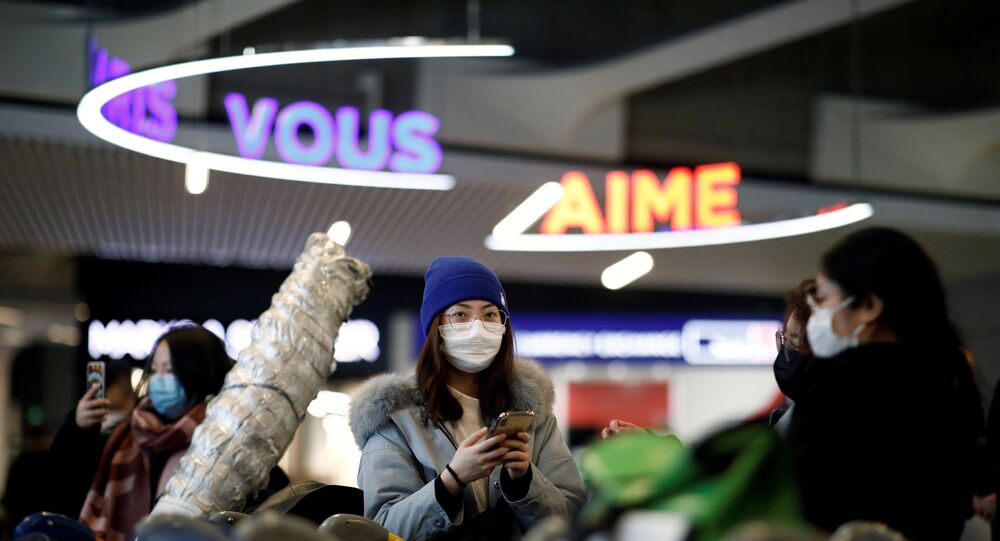 MOSCOW (Sputnik) - Air France announced on Wednesday that it was suspending all direct flights to Wuhan until further notice, as well as reducing the number of services to Beijing and Shanghai, in line with other European carriers amid an outbreak of a novel form of coronavirus that originated in China, French broadcaster BFMTV reported.

Flights to Wuhan will be suspended outright, while the number of flights to Beijing and Shanghai will be reduced from Friday due to a drop in demand, the broadcaster reported.

Earlier on Wednesday, a number of major airlines announced the suspension of flights to China.

Among them, British Airways, Iberia and Lufthansa Group, comprising Austrian Airlines, Lufthansa and Swiss, announced that all their services to China would be grounded.

In the case of Lufthansa Group, all flights to and from China will be suspended until 9 February.

© REUTERS / STRINGER
Coronavirus Outbreak Prompts China to Postpone Indoor World Athletics Championships
A number of confirmed cases of coronavirus in Europe have been the result of Chinese tourists arriving in Europe.

On Wednesday, Finland confirmed its first case of the novel strain of viral pneumonia. The infected person is a 32-year-old woman who left Wuhan five days ago.

The novel strain of coronavirus was first detected in the central Chinese city of Wuhan in December. It has since spread within China and to at least 18 other countries.

So far, there are about 6,000 confirmed cases in China alone. 133 people in China have died after contracting the virus.