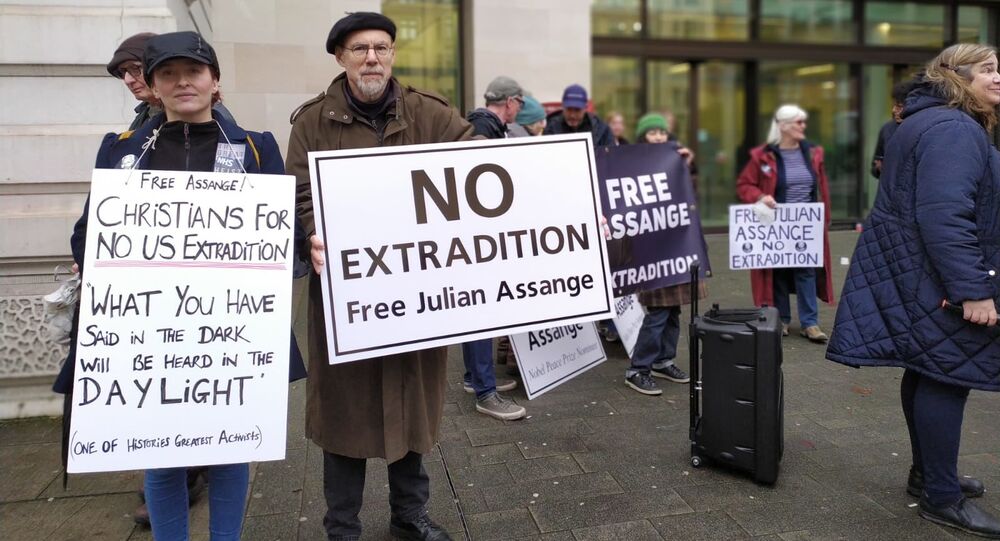 The parliamentary arm of Europe's largest human rights body says it is unacceptable that journalists are subjected to the misuse of anti-terrorism, public order, and national security laws. Assembly members singled out the case of Julian Assange as part of its demands for member states to do more to protect journalists and whistleblowers

The extradition of Julian Assange to the United States “must be barred” and he “must be promptly released” by UK authorities, says the Council of Europe’s (the Council) Parliamentary Assembly.

The demands by the Assembly, which is made up of 327 legislatures from each of the Council's member states, form part of a five page resolution passed on 28 January entitled Threats to media freedom and journalists’ security in Europe.

In a section dedicated to calling on member states to do more to protect journalists and whistelblowers Resolution 2317 (2020) says[pdf, p2]:

“...in this respect, consider that the detention and criminal prosecution of Mr Julian Assange sets a dangerous precedent for journalists, and join the recommendation of the UN Special Rapporteur on Torture and Other Cruel, Inhuman or Degrading Treatment or Punishment who declared, on 1 November 2019, that Mr Assange's extradition to the United States must be barred and that he must be promptly released”.

Nils Melzer, the UN torture expert, has heavily criticised the UK, US, Swedish and Ecuadorian governments for failing to properly investigate his findings that Assange has been "psychologically tortured".

Assange faces up to 175 years in prison if convicted on charges relating to his role in publishing classified US documents which revealed alleged war crimes committed by US forces in Iraq. On 23 January WikiLeaks editor-in-chief revealed that among the legal arguments being made by the US government is the claim that protections for free speech and a free press guaranteed under the US constitution don't apply to foreign journalists. The implication being that Assange would not be protected under the First Amendment of the US constitution the way a US journalist would be protected when publishing the same material Assange did.