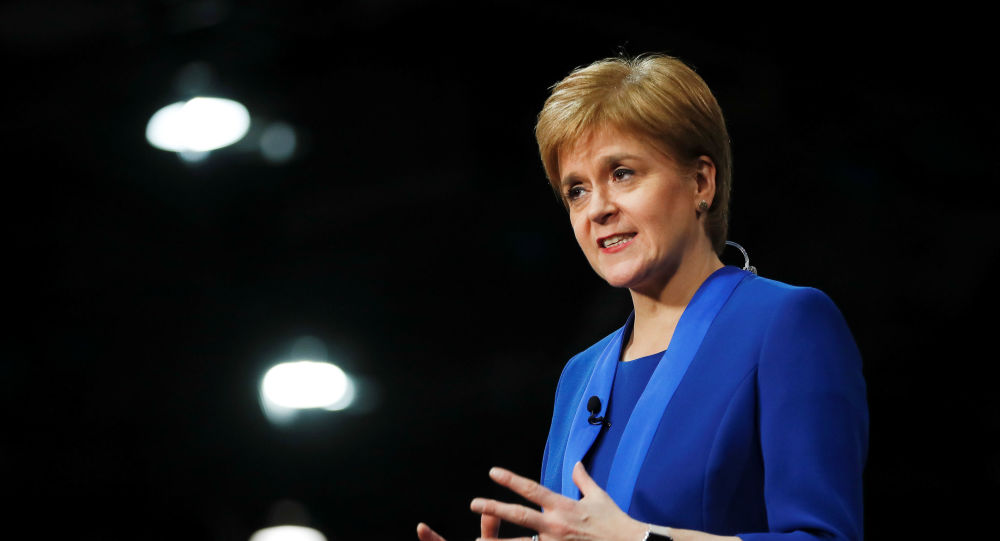 Scotland's top official slammed US president Donald Trump on Monday for acting "recklessly" towards the Middle Eastern country and said that consequences of his actions could become "grave" for the United Kingdom.

Scottish first minister, Nicola Sturgeon, urged the UK not to get "dragged into the slipstream" of President Trump's "reckless" actions.

She said that it was not "necessary to have an iota of sympathy" for the Iranian goverment to agree that the US president had "acted recklessly, without proper thought or strategy".

She added: “The consequences could be grave and the UK mustn’t get dragged along in the slipstream."

The comments come after UK Prime Minister Boris Johnson called for a de-escalation in tensions between Washington and Tehran following the assassination of Iran's Quds commander, Qasem Soleimani, on Friday, in addition to Iraqi MPs voting on a resolution to expel foreign troops from its soil.

Mr Johnson said in a joint statement with French president Emmanuel Macron and German chancellor Angela Merkel on Monday that all parties should "exercise utmost restraint and responsibility", adding that the "current cycle of violence in Iraq must be stopped".

The UK prime minister was on holiday in Mustique as pressure mounted for him to provide a statement on the US airstrike, which was finally posted on Sunday, stating that Soleimani had "posed a threat to all our interests" and was responsible for "a patter of disruptive, destabilising behaviour" in the Middle East.

Mr Johnson added: “We are in close contact with all sides to encourage de-escalation. I will be speaking to other leaders and our Iraqi friends to support peace and stability."

The comments come after the Iraqi parliament voted in favour of passing a nonbinding resolution demanding a ban on foreign troops, with Iraqi PM, Mr Adel Abdul Mahdi, slamming the strike as a "political assassination".

The Iraqi government was urged to establish a timeline for withdrawing all foreign troops from Iraq "for the sake of our national sovereignty", Mr Mahdi added.

Roughly, 400 British troops are in Iraq to fight Daesh*, with the US stationing over 5,000, according to reports.

Commenting on the vote, a UK government spokesperson said that the coalition aimed to "protect Iraqis and others from the threat of Daesh at the request of the Iraqi government".

The spokesperson added: “We urge the Iraqi government to ensure the coalition is able to continue our vital work countering this shared threat.

But US Secretary of State Mike Pompeo said that Iran could not "get away with using proxy forces and think [its] homeland will be safe and secure", adding that the US would "respond against the actual decision makers causing this threat from [Iran]".

UK foreign secretary, Dominic Raab refused to back the killing, but stated that the US had the "right of self-defence". His statement comes after UK defence secretary Ben Wallace vowed to protect the UK's vessels in the Strait of Hormuz with further maritime patrols, following threats of retaliation from Iranian officials, adding that London would "take all necessary steps" to protect its ships and citizens.