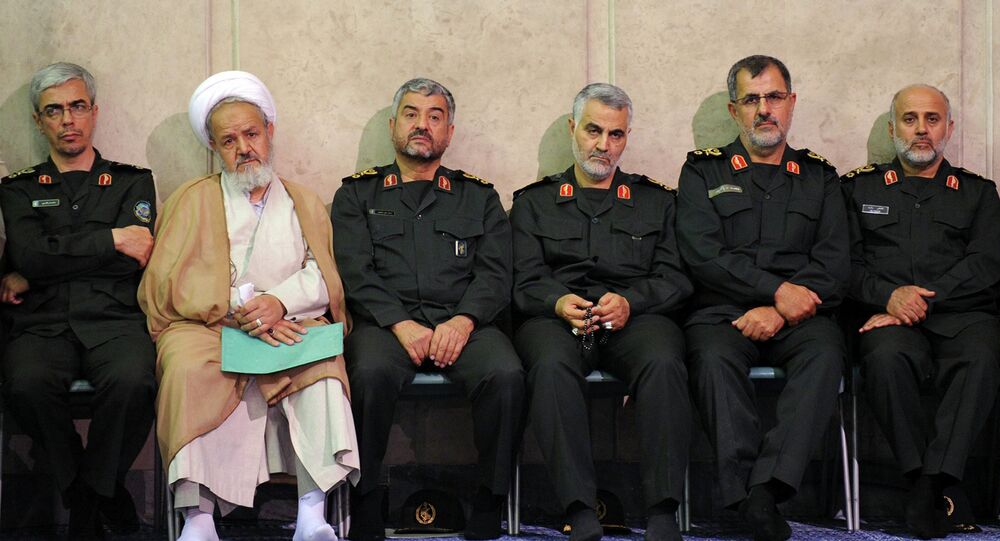 The US president authorised airstrikes that killed multiple people in Iraq, including an Iranian major-general known for his role in "achieving victory" in the war against Daesh.

Numerous key figures in the UK Labour Party have come out against the US assassination of Iranian general Qasem Soleimani referring to it as a "dangerous escalation" towards full-blown war.

Among them was Richard Burgon, Labour's shadow justice secretary, who warned that US President Donald Trump was on the verge of starting a war with Iran that would be "even worse" than the Iraq War.

​Burgon, who will be campaigning to be the party's next deputy leader, cautioned in July 2019 that the UK was at risk of being dragged into a war with Iran. Soleimani was the head of the Iranian Revolutionary Guard Corp (IRGC), which the Trump administration labelled a terrorist organisation in 2019, the first time a branch of a state has been labelled as such.

Jeremy Corbyn, leader of the Labour Party, called the assassination of Soleimani a "dangerous escalation" in the region and called for restraint from all sides. Corbyn, who is expected to step down as party leader later this year, said:

“All countries in the region and beyond should seek to ratchet down the tensions to avoid deepening conflict, which can only bring further misery to the region, 17 years on from the disastrous invasion of Iraq".

Labour MP Jess Phillips, who is expected to announce her bid for the Labour leadership, said "Reckless foreign policy does not show strength". She warned in a tweet that the consequences of escalating tensions between the US and Iran "should not be underestimated" for the civilians in the region and the world as a whole. This position was echoed by Keir Starmer, a former top prosecutor and himself a contender for Labour's leadership role, who said "We need to engage, not isolate Iran".

John Simpson, a long-time BBC foreign affairs correspondent, characterised the assassination as a "step back to a more savage past":

Iraqi Prime Minister: US Attack An "Outrageous" Violation of Sovereignty

The major-general was killed alongside the deputy leader of the People's Mobilisation Forces militia, Abu Mahdi al-Muhandis, and their press spokesperson Mohammed al-Jaberi. Iraqi Prime Minister Adil Abdul-Mahdi condemned the US airstrike near Bagdhad Airport as an "outrageous" violation of his country's sovereignty and an act of "aggression" against Iraq. He described both Soleimani and al-Muhandis as "two martyrs" who were "huge symbols" in achieving victory against Daesh (IS, ISIS, the Islamic State).

The UK government has yet to come out with a detailed response to the US airstrikes, but Foreign Secretary Dominic Raab urged de-escalation saying, "Further conflict is in none of our interests".

The UK Foreign and Commonwealth Office (FCO) has so far issued a revised travel advice warning that:

The FCO goes as far as to advise British-Iranian dual nationals "against all travel to Iran", especially as the Iranian state doesn't recognise dual nationality. The UK's Foreign Office also says, "There have been recent military threats between Iran, the US and other countries in the Middle East. You should avoid military sites, follow the instructions of the local authorities at all times, and keep up to date with developments, including via this travel advice".

UK Prime Minister Boris Johnson, who is currently vacationing in the Caribbean, has yet to release a statement.