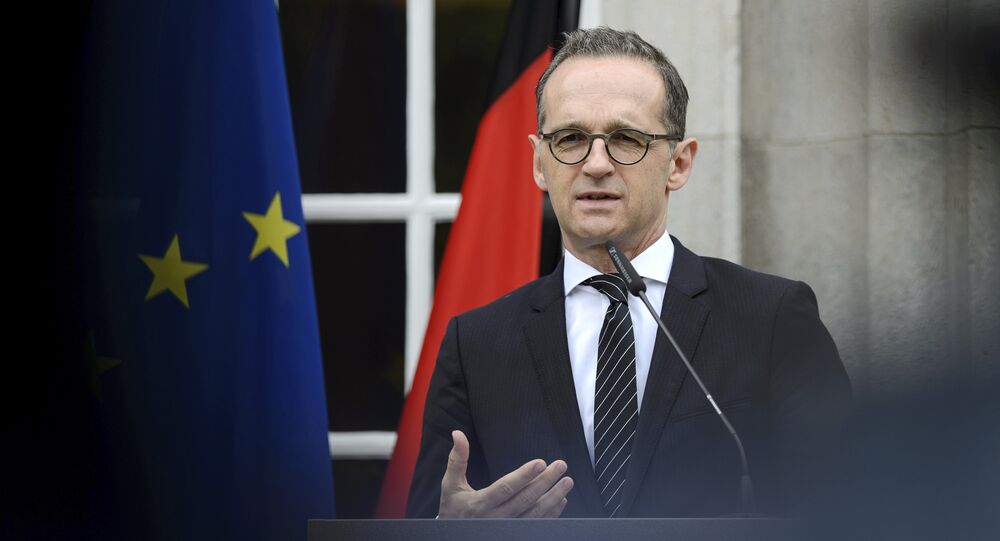 BERLIN (Sputnik) – German Foreign Minister Heiko Maas called on the US Senate to refrain from adopting the draft defence budget that envisages sanctions on the Nord Stream 2 gas pipeline project.

The US draft defence budget for 2020, adopted by the House of Representatives, envisages sanctions against companies engaged in the construction of the Nord Stream-2 and the TurkStream pipelines. US President Donald Trump has pledged to sign the legislation immediately after it is submitted to him. Before that, the bill must be supported by the Senate.

“We call on the Senate not to follow that [the decision of the House of Commons],” Maas told the Handelsblatt newspaper.

He expressed a hope that the US plans to target the Nord Stream 2 project could be reversed.

“We believe that is unacceptable as this is an attempt to influence sovereign decisions of Europe. We are holding negotiations with the United States,” the minister added.

The Nord Stream 2 is a joint venture between Gazprom and five European companies: France's ENGIE, Austria's OMV, the UK-Dutch Royal Dutch Shell, and Germany's Uniper and Wintershall. The 745-mile-long twin pipeline will carry up to 55 billion cubic meters (1.942 trillion cubic feet) of gas per year from Russia to Germany, passing through the territorial waters or exclusive economic zones of Denmark, Finland, Germany, Russia and Sweden.

The United States has been consistently trying to undermine the project, threatening everyone involved with sanctions, while promoting its liquefied natural gas on the European market. Ukraine is also actively opposing Nord Stream-2, fearing to lose revenue from Russian gas transit. Russia has repeatedly stated that the project was absolutely commercial and competitive, and that it did not imply the cancellation of the transit of Russian gas via Ukraine to the EU.