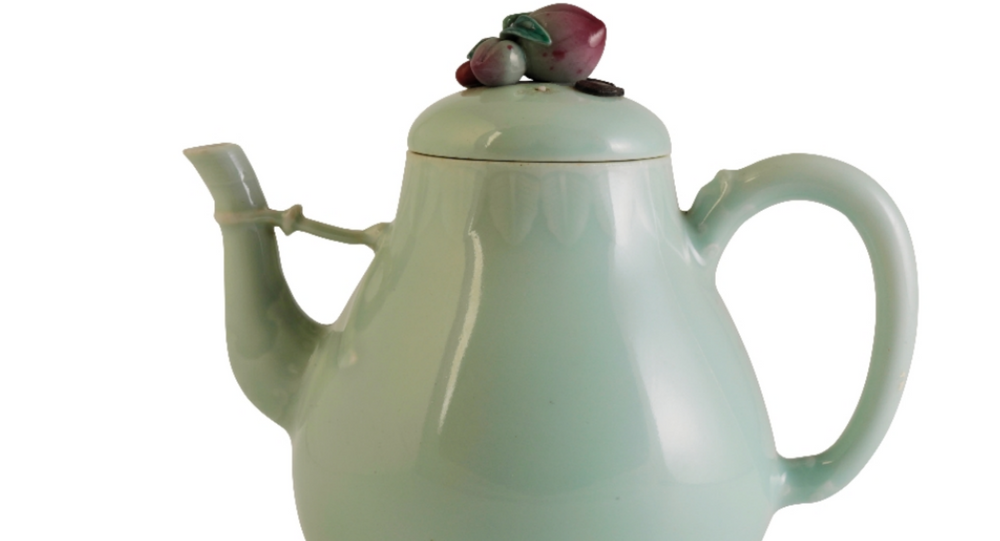 A rare Chinese teapot was sold for about $1.3 million during a Monday auction in the city of Dorset in southwest England.

The pale green pot, which measures only 5 inches high, was sold by Duke’s Auctions and is believed to have once belonged to Emperor Qianlong, the sixth emperor of the Qing dynasty. The pot’s owner is unknown, but it was retrieved by Lee Young, who is the head of Asian art at the auction house, during a “routine valuation in Dorset,” according to Duke’s Auctions website.

“As the owner handed me the wine pot for an opinion my heart missed a beat. As I turned it over and saw the beautifully drawn blue seal mark of Qianlong I realized immediately that I was handling a piece made for the Emperor himself,” Lee is quoted as saying.

The teapot has a unique “pear-shaped” body and features “naturalistic enamel colors,” according to the description on the auctioneer’s website.

“This combination of techniques and the outstanding quality of the potting marks this piece out as an Imperial masterpiece,” the website adds.

The pot generated interest from “hundreds of collectors and dealers from China, Hong Kong, Japan, Taiwan and Europe.” However, only 10 bidders ended up seriously competing for the pot.

Jack Nicholson's Axe From Famous The Shining Scene Goes Up For Auction For $200,000

Old Icon That Hung Above Stove Turns Out to be Renaissance Masterpiece, Fetches $26 Mln at Auction