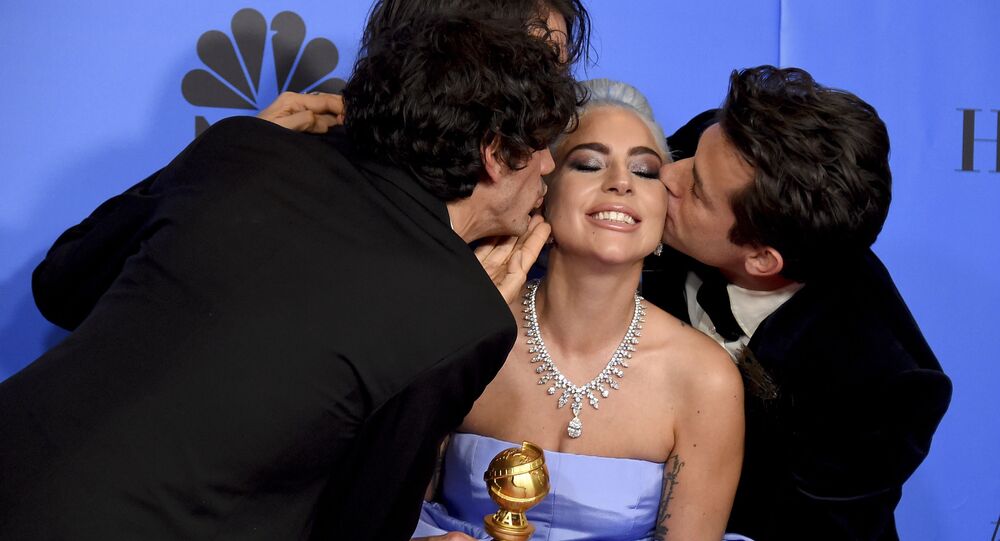 The A Star Is Born singer and actress sparkled in her blue periwinkle gown at the 6 January awards event, but shortly afterwards the couture garment was reportedly left behind in the singer’s room at the hotel that hosted the iconic star-studded show.

A chic couture dress worn by Lady Gaga at the 2019 Golden Globes has been listed on an auction platform by a hotel maid  who claims it was “left” for her by the performer, adding she has been working at the awards for the past 24 years and is well aware of the hotel policies.

She claimed she had immediately taken the periwinkle gown to the lost and found department after finding it in Lady Gaga's room in September, months after the January ceremony. As per hotel policy, cited by the maid in a letter accompanying the listed item, the garment was kept for a certain stint of time there, before it was given to her.

However, the story enjoyed another twist, as TMZ sources now claim that the dress was not Lady Gaga's to gift to any third party, or leave behind, as it remains the property of design house Valentino. The latter is reportedly claiming that the gown was actually “stolen”, according to the sources, who noted that Valentino, helmed by designer Pierpaolo Piccioli, “has either gone to police or plans to go to cops” in order to report the theft.

Nevertheless, it stands to reason that the couture dress, with its 10-foot long train, could have been designed specifically for New York-born Gaga, presumably in a nod to a similar item worn by Judy Garlandin the original 1954 version of A Star is Born in 1954. Both Valentino and Lady Gaga have yet to comment on the matter.

Those interested can find the famous violet-bluish custom dress on Nate D. Sanders Auctions, with the bids starting at $8,000 on Thursday.