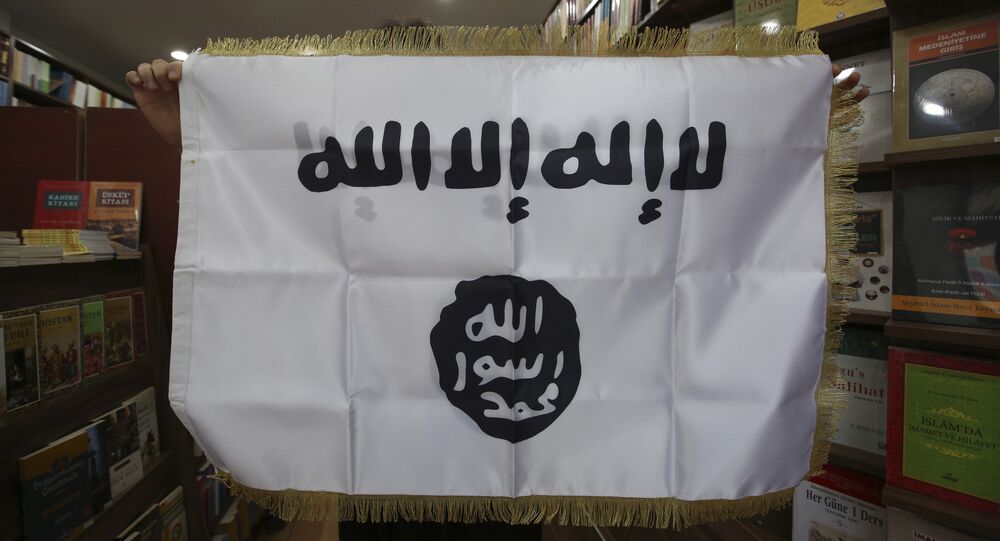 The ex-jihadist stood accused of attending a terrorist camp and spreading propaganda for terrorist groups. He was also found trampling on dead Syrian soldiers, posing with corpses and humiliating Christians.

The man formerly known as Bherlin Gildo, one of Sweden's first jihadists to travel to Syria, is demanding over SEK 200,000 (about $20,600) in damages from Sweden, because the Social Insurance Agency didn't pay him the so-called activity support while he was detained in the UK.

Gildo was arrested by the British authorities in September 2014 and was investigated for terrorist offences, but released in June 2015 and cleared of the charges after, as the British press put it, a “wrangle between lawyers” as intelligence services “refused to hand over evidence”.

Before the charges were dropped, he was due to stand trial at London's Old Bailey, accused of attending a terrorist camp between 2012 and 2013 and becoming a propagandist for terrorist groups.

After Gildo joined Daesh* in Syria, photographs of him trampling on dead Syrian soldiers, posing with corpses and humiliating Christians were published on social media, some of them by Gildo himself, the Swedish newspaper Expressen reported.

After his release, Gildo returned to Sweden, where he changed his name and address. Now he is demanding compensation for the benefits he didn't receive while incarcerated in the UK. He also accused the Swedish Security Service SÄPO of playing a role in what he claims to be a wrongful deprivation of liberty.

“Who ordered or decided on the detention has not been acknowledged, but SÄPO cooperated with MI6 in England,” Gildo was quoted as claiming.

Magnus Ranstorp, a senior researcher at the National Defence College and one of Sweden's foremost experts on terrorism, said this was the first case when a Swedish jihadist has demanded damages from the state, calling Gildo's claims “bizarre”.

“He claims that the Swedish Security Police helped with information, but there is no evidence for that. Granted, they have talked to each other, but that does not mean that he was prosecuted on behalf of the Swedish state in the UK,” Magnus Ranstorp told Expressen, suggesting that Gildo should rather address his demands to the British state.

At the same time, he stressed that the documented acts committed by Gildo had no legal consequences whatsoever.

“I would say he is disgustingly open about what he has been doing down there. The pictures he posed in and the like. That's why I wonder why they didn't start a preliminary investigation into war crimes given what he did,” Ranstorp said.

While directly contributing to the jihadist cause with about 300 individuals, yielding among the highest perecentages per capita in Europe, Sweden has been notoriously lax with so-called “returnees”, as they are called in official parlance.

While some of the former jihadis were punished for violent crimes they committed after their return, almost none faced prosecution for the crimes committed in the Middle East. This was attributed to lack of corresponding laws and the difficulties with obtaining evidence.