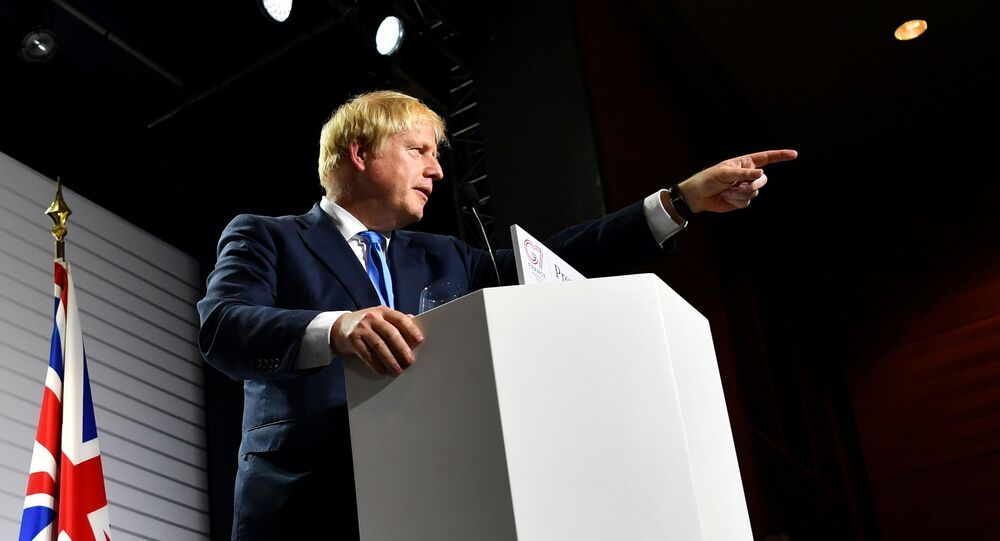 LONDON (Sputnik) - The UK prime minister’s successful bid to shut the parliament for a month before the Brexit deadline marks a new low in the exit process and undermines the legislature’s democratic role, Shahrar Ali, the home affairs spokesman for the Green Party, stated.

"This feels like a very cynical time in politics, where democratic means and mandate are being severely tested. Attempts to limit time in the primary debating chamber is a new low, even for this government. You could half respect a PM pressing for their preferred outcome, in all conscience, but to artificially reduce parliamentary time would be hugely undermining of the very institution which it is claimed, under Brexit, should reign supreme", Ali said.

He slammed the Conservative leader for trying to "sabotage anticipated parliamentary business" in a bid to unilaterally force the United Kingdom’s exit from the European Union despite Brexit being chiefly about "sovereignty and our collective ownership over our destinies."

"To attempt to bypass or block participatory democracy in a representative chamber in the name of a wider democratic goal is contradictory and despotic. The PM should be actively putting options to Parliament, not seeking to ignore their will", Ali stressed.

He said that British politicians should continue seeking solutions to the impasse over the UK-EU withdrawal agreement alongside Brussels. The European Union has so far refused to reopen talks after Johnson insisted that the backstop plan for avoiding a hard Irish border should be dropped.

"We need to act maturely as politicians to seek positive solutions alongside our near neighbours. If a deal is to be renegotiated, however narrowly, both UK and EU parliaments will have to be encouraging and maximizing opportunities for the exercise of political debate; not attempting to stonewall it", he said.

Queen Elizabeth has approved Boris Johnson’s plan to suspend the parliament starting shortly after lawmakers return to work in mid-September until 14 October, leaving them two weeks to pass any laws to prevent a no-deal exit from the European Union.

The prime minister is facing down a storm of outrage over his decision, given many of his political opponents believe he is actively attempting to limit the parliament's ability to debate, modify or even potentially stop his country leaving the European Union on October 31.

Johnson's move may have also placed his narrow majority in parliament under added strain, given opposition parties may resort to closer cooperation in a bid to trigger a vote of no confidence in his administration. As of Tuesday, over 160 lawmakers had already signed the so-called "Church House Declaration" which vows to resist any effort to impinge on the parliament's ability to convene.

Over 200,000 Sign Petition Against Boris Johnson's Plan To Suspend Parliament