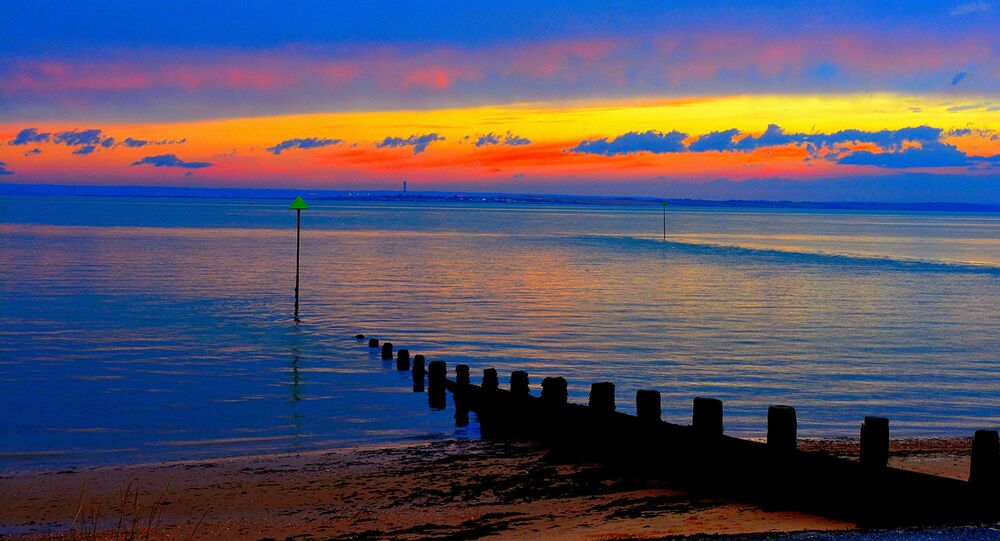 Twelve days earlier a number of people on a UK beach in West Sussex suffered bouts of vomiting in the wake of a toxic plume sweeping the area, with a sunken warship investigated as a likely cause of the incident.

Three UK beaches have been on alert over a mysterious “toxic sea” incident, The Independent has reported, with emergency services in Essex summoned to Frinton, Walton, and Clacton on Sunday.

An investigation is currently underway after numerous incidents of beachgoers in Essex were reportedly left coughing and struggling to breathe after swimming, as people flocked to the seaside during a record-hot spell of bank holiday weekend weather. Authorities immediately issued a warning to families to stay out of the water.

Emergency services have received reports of a large number of people suffering from coughing on the seafront in #Frinton and #Clacton this afternoon, Sunday 25 August.

​One of the people affected by the mysterious incident, Miram Lansdell, a mental health worker from Derbyshire, said one of her twin 10-year-old daughters told her it “hurt to breathe in”:

"My daughter started coughing. My other daughter was gasping and couldn't form words because she couldn't breathe well enough".

According to the woman, after she had taken a dip in the water she also experienced difficulty breathing.

Ms Lansdell added: “My dad said he had been asked to get out of the water by a man on a boat. He asked why and the man said there had been a fuel spill. He said if anyone is having breathing difficulties they should probably call an ambulance".

A spokesman for Tendring Disrtrict Council said: "We are aware of a number of people reporting feeling unwell at beaches in Walton, Frinton and Clacton. The advice from emergency services and health officials is to avoid going into the water at this time along this stretch of the Tendring coastline".

The spokesperson added that ambulance teams on the scene had treated people for symptoms such as eye irritation and minor breathing difficulties.

"A very small number of people were subsequently taken to hospital for further tests but are in a stable and non-life-threatening condition", the spokesperson said.

As the investigation is ongoing, the causes of the incident are unclear. However, some people have been speculating that the symptoms may have been caused by pollution from a fuel spill.

This has not been confirmed by police or ambulance services, who've said the cause is “unknown”.

'Chemical haze' was observed by some people and also 'duck weed' floating on the sea. Coughing, vomiting and struggling to breathe were the common complaints from those in the water.

​Sunday’s incident comes just 12 days after a number of people on a beach in Worthing, West Sussex, were left vomiting in the wake of a toxic cloud sweeping the area.

A sunken warship was investigated by the Maritime and Coastguard Agency as being the cause of the poisonous gas plume.

Records show dozens of cargo vessels and munitions ships containing weapons and poisonous gas were sunk in the English Channel during WWI and WWII. Experts fear the “rusting timebombs” are rupturing and causing deadly gases to rise to the surface and drift towards the coast.