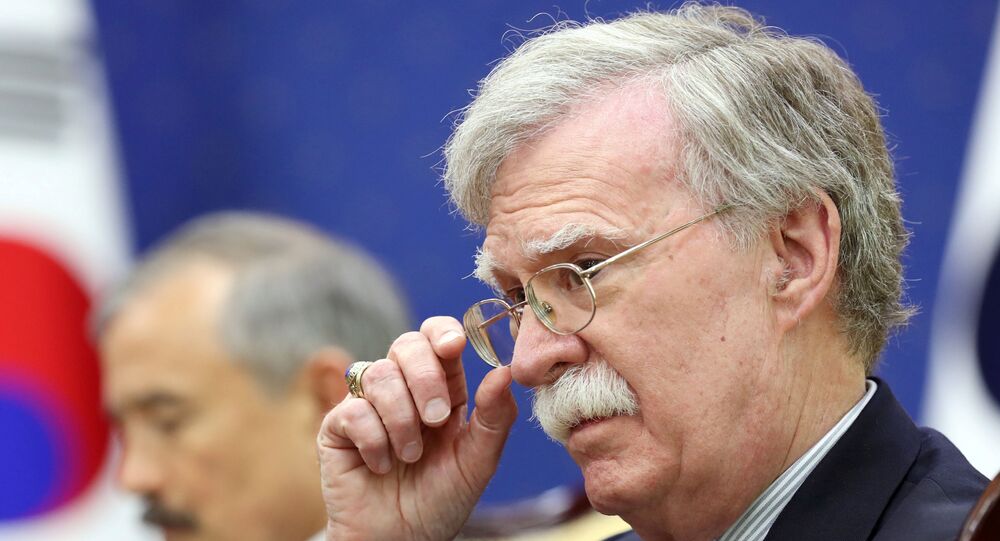 The US has been carrying out a "maximum pressure" sanctions campaign against Iran and cracking down on Chinese tech giant Huawei for some time, but these polices found little support in the previous UK Cabinet.

US National Security Adviser John Bolton will try to convince the new Cabinet of Prime Minister Boris Johnson to align its foreign policies more with the American "maximum pressure" campaign against Iran and to discard its plans to use Huawei equipment in developing its 5G networks during his upcoming visit to the UK, Reuters reported, citing an anonymous source within the US administration.

Bolton will reportedly try to convince London that declaring the Iran nuclear deal dead will put even more pressure on Iran, which recently seized a British-flagged tanker over alleged maritime violations. At the same time, the source noted that the UK issuing such a declaration is not expected in the near future.

Additionally, Bolton is expected to try to prove to Britain that Huawei is allegedly helping Chinese government spy on its customers, a US claim long denied by both the company and Beijing. The source says that in doing this, Washington is hoping to convince London to ditch Huawei's equipment from being used in the country’s upcoming 5G networks.

Notably, the previous Cabinet of Theresa May had views that were opposite to those of Washington when it came to these issues. The UK, along with other signatories, remained in the Iran nuclear deal after the US abandoned it and introduced sanctions against Tehran. London was also reportedly not opposed to using Huawei technologies in non-core systems in the future British 5G network, despite threats from Washington that it would suspend intelligence sharing.