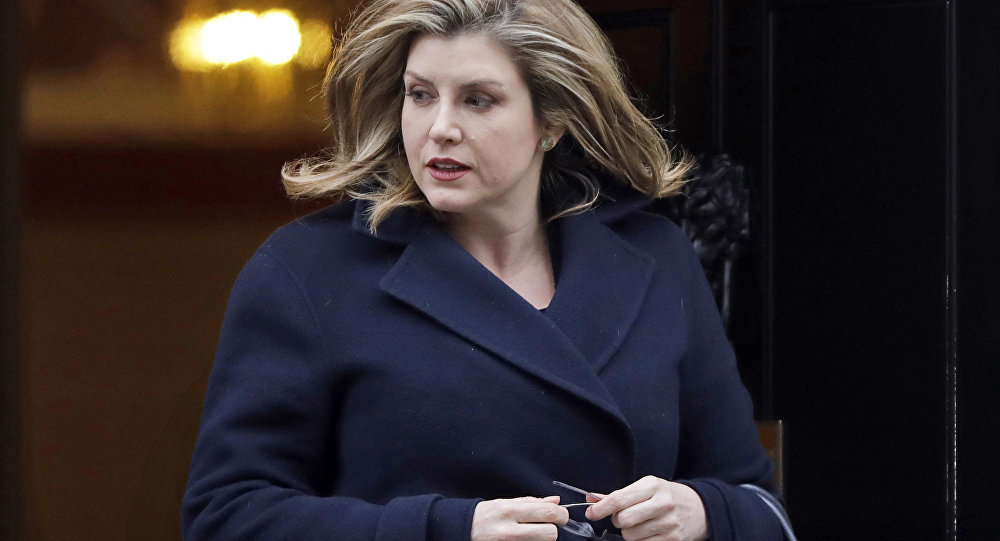 UK Prime Minister Theresa May has been slammed for "fooling" the public "into thinking the ship is now in safe hands" after her decision to replace the sacked Defence Minister Gavin Williamson with a candidate who doesn't appear to instill confidence in the British people.

The first woman to hold the post of UK Defence Minister, Penny Mordaunt's resume includes a job as a magician's assistant, a head of foreign press for George W. Bush's presidential campaign, a politician and a Royal Navy Reserve sub-lieutenant, as well as an appearance on a reality TV show.

Former Secretary of State for International Development, Mordaunt assumed the position of the Ministry of Defence leader on 1 May, following the sacking of Gavin Williamson. An investigation into leaks from a secret government meeting about the Chinese telecommunications giant Huawei suggested Williamson involvement and resulted in his sacking.

Mordaunt was appointed by the UK Prime Minister Theresa May in a move that was praised by some MPs.

At the same time, Mordaunt'c choice to lead the Ministry of Defence received a fair portion of criticism online.

Early in her life, Mordaunt worked as a magician's assistant before commencing her studies at Reading University. She ran as a Conservative candidate for Portsmouth North in the 2005 general election but won the seat only in 2010, getting re-elected in 2015 and 2017.

Her professional background includes working in William Hague's press office during his leadership and in the 2004 election campaign of George W. Bush.

An acting sub-lieutenant, at HMS King Alfred on Whale Island, Mordaunt has vast experience in replacing senior ministers in the UK government.

She stood in as Secretary of State for International Development in 2017, following Priti Patel's resignation over a number of unauthorized meetings with Israeli politicians. Mordaunt was appointed Minister for Women and Equalities in 2018, replacing Amber Rudd, who had resigned following the Windrush scandal.