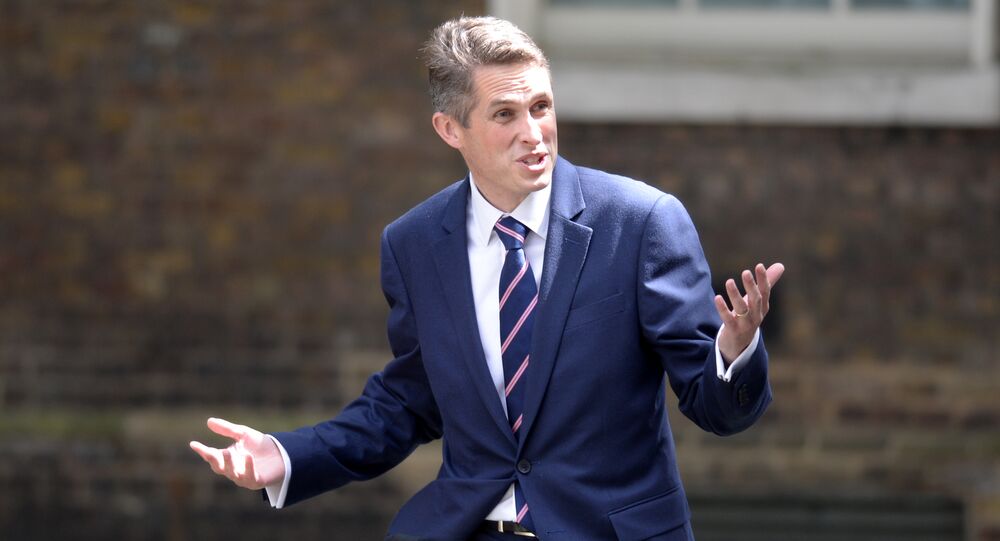 UK Prime Minister’s de facto deputy, David Lidington, said that Theresa May considers the matter to be closed and that ministers in the UK government sit only as long as they command the confidence of the PM.

Lidington has on Thursday addressed in the House of Commons the urgent question by Labour Party Deputy Leader Tom Watson MP on the findings of the inquiry into the National Security Council leak, which saw the country's Defence Minister Gavin Williamson sacked on 1 May for reportedly disclosing plans to allow Chinese telecoms giant Huawei to help build the UK's 5G network.

Following the sacking of former Defence Secretary Gavin Williamson over the National Security Council leak, @tom_watson is asking an urgent question in the Commons.

In a case of allegation, denied by Williamson, the UK Cabinet Secretary Mark Sedwill decided it was not necessary to refer the case to the police, according to Lidington's Parliament statement on 2 May.

© AFP 2020 / Daniel Leal-Olivas
Tale of the Weak & Unstable: A Breacher, a Novice and a Liar Walk Into a British Government

A line-up of ministers supporting and opposing the decision to allow Huawei's involvement was leaked to a Daily Telegraph reporter, which was followed by Theresa May's suggestion that Williamson was the source of the information spill.

An investigation into the leak was described by UK MPs as necessary to "to ascertain whether the actions of Mr. Williamson constitute a breach of the Official Secrets Act, given that the leak originated from the National Security Council and related to highly-sensitive information".

"The leak investigation into the disclosure of information about 5G was constituted in order to ensure that the integrity of the NSC in general is upheld and, vitally, participants in NSC meeting can continue to hold full confidence in its operation and the confidentiality of its proceedings," Lidington told the Parliament on Thursday.

Lidington said that Theresa May would not have taken the decision she did without there being credible evidence, adding that the decision on whether to hold a criminal investigation is a matter for prosecutors, not ministers.

May's position was criticized by Tom Watson MP, who slammed her decision to not commence a criminal investigation.

"Where is the justice in that? In what world is it acceptable that the prime minister should be the arbiter of whether a politician she believes is guilty of criminal conduct in office should face a criminal investigation," he said.

Theresa May appointed Williamson as Defence Minister back in 2016 in a decision that raised eyebrows of her colleagues and the public, given that the appointee had no military background.

Williamson has so far denied any wrongdoing in relation to the investigated leak.