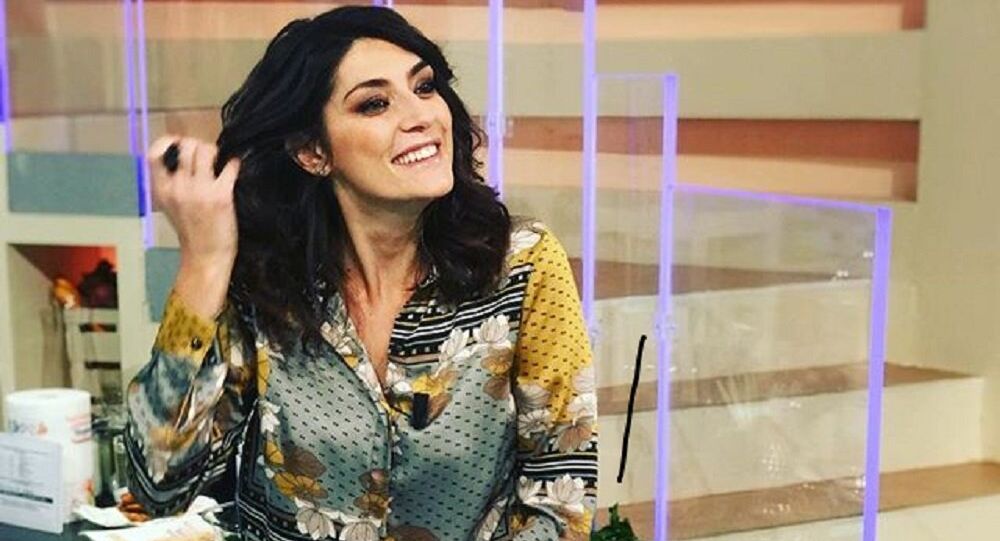 The Italian TV star marked the end of her three-year relationship with Salvini by posting a cozy bedside selfie showing the topless interior minister affectionately nuzzling her neck. The news bomb caught the official on his way to Ghana, where he was to talk about the repatriation of migrants.

Italian Deputy Prime Minister Matteo Salvini dismissed the discussions about his breakup with TV host Elisa Isoardi, claiming the Italians "did not care."
The official, who is known as an active social media user, has commented on the recent developments of his love life on Facebook. He posted a picture from his trip to Ghana, where he had flown to discuss curbing illegal migration, and lamented that the media had tried to get him to comment on his personal affairs while he was busy dealing with security issues.

“I have never put my private life on display, I will not begin to do it now, the Italians do not care. I have loved, I have forgiven, surely I have also made mistakes but I have believed in it to the end. Too bad, someone had other priorities,” he wrote.

Salvini’s bombshell girlfriend, who’s a former model and current TV presenter for a cookery show, took to Instagram to announce that she was breaking up with him after three years of dating.

She posted an intimate snap showing the couple enjoying happier times, with a half-naked Salvini apparently kissing her on the neck. Elisa borrowed a line from an Italian contemporary poet to mark the end of their romance.

“It’s not what we have given each other that I will miss but what we still had to give each other. With immense respect for the true love that there was, thank you, Matteo,” Isoardi wrote.

Although she decided to go public now, they broke up two and a half months ago.  She revealed to Chi magazine that they “were far apart due to the commitments” they both had.

The love story of Salvini and Isoardi was a favorite among Italian tabloids, seeming to sometimes outshine the deputy prime minister’s fight against illegal immigration.

Since coming to power in June as a leading member of the populist coalition, Salvini has been on a roll with his attacks on illegal migration and rescue boats in the Mediterranean Sea as well as his “Italians First” slogan.  He has essentially managed to double national support for his anti-immigration, nationalist party League, from 17% to 34%.