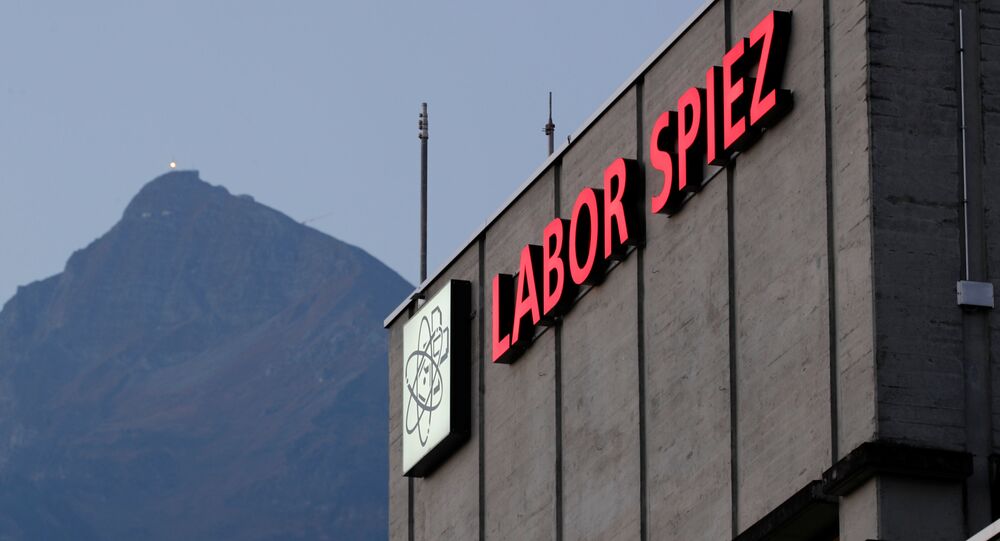 The Federal Council has ordered a probe follwing reports that two Russian nationals had allegedly conducted an attack on a chemical laboratory in Spiez that examines nerve agents such as the infamous "Novichok," something that Russia adamantly denies.

The Swiss Attorney General's Office confirmed on Wednesday that it was urged by the country's government — the Federal Council — to launch an inquiry into alleged "political espionage" of two Russians suspected of an attack on a chemical laboratory in Spiez.

The Attorney General is now considering "further steps," which will come to light later on.

The Swiss newspaper Tages-Anzeiger reported in September that earlier this year, two Russian nationals had been arrested in the Netherlands on charges of espionage and then deported to Russia. The media alleged that the suspects had tried to spy on a laboratory engaged in nuclear, biological and chemical research, but their plot was foiled by a joint operation by Swiss, Dutch and UK intelligence.

Moscow has dismissed the accusations as unsubstantiated, calling the media reports another attempt to fuel anti-Russia sentiment.

Additionally, Dutch Defense Minister Ank Bijleveld claimed on October 4 that the country's intelligence services had foiled a cyberattack by Moscow on the OPCW. She also said that four Russian nationals with diplomatic passports, who were suspected of attempting to carry out the operation, were expelled from the country in April.

The purported incident took place on April 13, when the alleged suspects parked a car loaded with electronic equipment outside the OPCW's headquarters in The Hague. Moscow argued in response that the accusations lacked real proof and bashed them as "spy mania" and part of a "staged propaganda campaign against Russia." The Russian Foreign Ministry pointed out that the Dutch statement came ahead of the OPCW opening session, which could set up the "'necessary' political background" to push through some initiative.