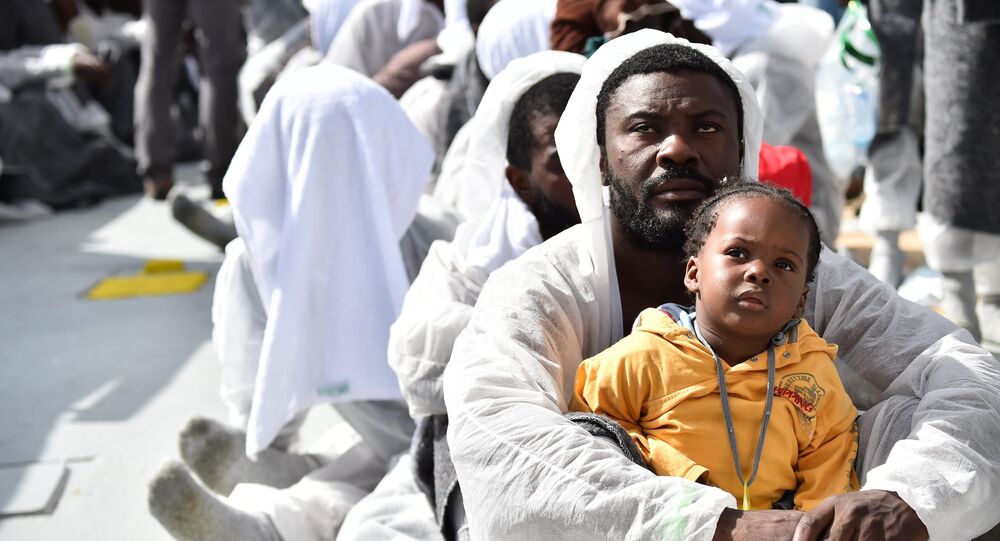 The war-torn state, which has become a transit country for people fleeing to Europe from poverty in Africa, already has to deal with hundreds of thousands of illegal migrants on its territory, according to the Libyan prime minister. He has pleaded for international help and lambasted Europe for trying to pass this burden on to Libya.

Libya’s prime minister, Fayez al-Sarraj, has rejected Europe’s plans to place illegal migrants, “no longer wanted in the EU,” on his country’s territory. Commenting on the bloc’s proposition to open special “anchor centers” for refugees in third transit countries, he told the German tabloid Bild that Tripoli wouldn’t “agree on any deals with EU money about taking in more illegal migrants.”

“There won’t be any deals with us. I am very surprised that while nobody in Europe wants to take in migrants anymore they are asking us to take in further hundreds of thousands,” he stated.

“They include terrorists, criminals, and human traffickers who do not care about human rights. It’s horrible. In order to improve the situation, we must fight these structures. But we also need more international help for this. It begins with our country’s borders. It is imperative that they be better controlled,” he claimed.

He rejected an idea of sending foreign troops to fight human trafficking and smuggling in Libya, which had already seen a deployment of coalition force during the Arab Spring, but insisted international efforts are needed to curb international trafficking.

Al-Sarraj also criticized Europe for not doing enough to save migrants fleeing Africa, who are often shipwrecked in the Mediterranean on their way to the EU. He stated that the northern African country is left to deal with this problem on its own and accused private charity organizations that make "the Libyan coastguards’ work more difficult and can even obstruct it.”

“I think that governments themselves should organize the rescues. This will work best with improved support for our coastguards. As far as private sea rescues are concerned, Europe must find a solution for dealing with these boats,” he told the German newspaper.

Beside additional technical and financial support for Libyan coastal operations, the head of the Libyan government pointed out that the world must provide help to the African countries from which the refugees are fleeing.

To Better Life Through War-Torn State

Libya has been in turmoil since 2011 when a deadly civil war broke out after the overthrow of the country’s longtime leader Muammar Gaddafi. The conflict is ongoing and the country remains divided into two governments. The country remains one of the main transit points for African migrants trying to cross the Mediterranean to reach the EU in search of a better life. Most of them enter the continent in Italy, then head to other EU states.
According to the International Organization for Migration (IOM), since the beginning of 2018, almost 52,000 people crossed the Mediterranean to reach Europe, while 1,490 people died en route.

Over 650,000 migrants, mostly from Africa and the Middle East, have come to Italy's shores since 2014. The numbers, however, have dropped since 2017, when Italy struck a deal with Libyan authorities, whom they provided with equipment, vessels and training for more effective coastal missions.