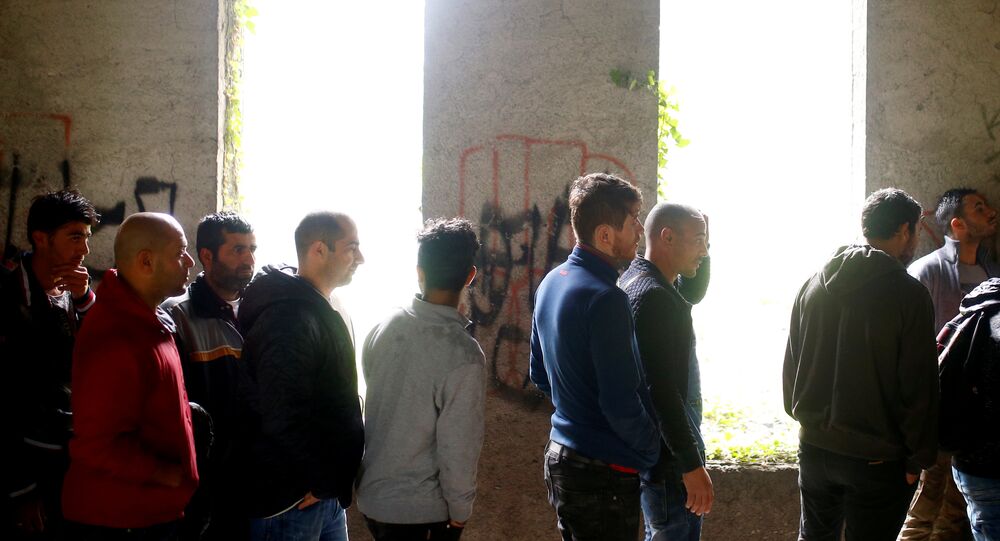 MOSCOW (Sputnik) - The German Interior Ministry has called Bosnia and Herzegovina (BiH) a center of illegal migration to the European Union, as the number of undocumented migrants arriving from the country to the bloc has increased 12 times since 2017, Zeit newspaper reported.

About 100-150 undocumented migrants cross into the European Union from BiH on a daily basis, Zeit newspaper reported citing the German ministry.

Earlier in May, the BiH Prosecutor's Office said that the country's authorities will enhance measures on the state border control in response to the increased pressure caused by migrant arrivals from North Africa and the Middle East.

© AP Photo / Christian Mathiesen/dpa
50 Refugees Attack Police Officers at Migrant Center in Dresden
In April, the BiH Defense and Security Parliamentary Committee said that according to Sarajevo's estimates, about 50,000 migrants would attempt to cross the country on their way to the European Union. In the wake of increased migrant arrivals, the parliament of BiH adopted an action plan for 2018, which stipulated capacity increases for temporary accommodation centers, assistance from the Armed Forces of Border Police, legal help for migrants, and others. However, even if they used old emergency barracks, BiH authorities could only accommodate no more than 1,300 people.

Officially, the Greece-Macedonia-Serbia-Croatia route — also known as the Western Balkans route — was closed in 2016. However, migrants now travel to EU countries through a new Balkan route, increasing pressure on the reception capacities of Albania, Montenegro and BiH.