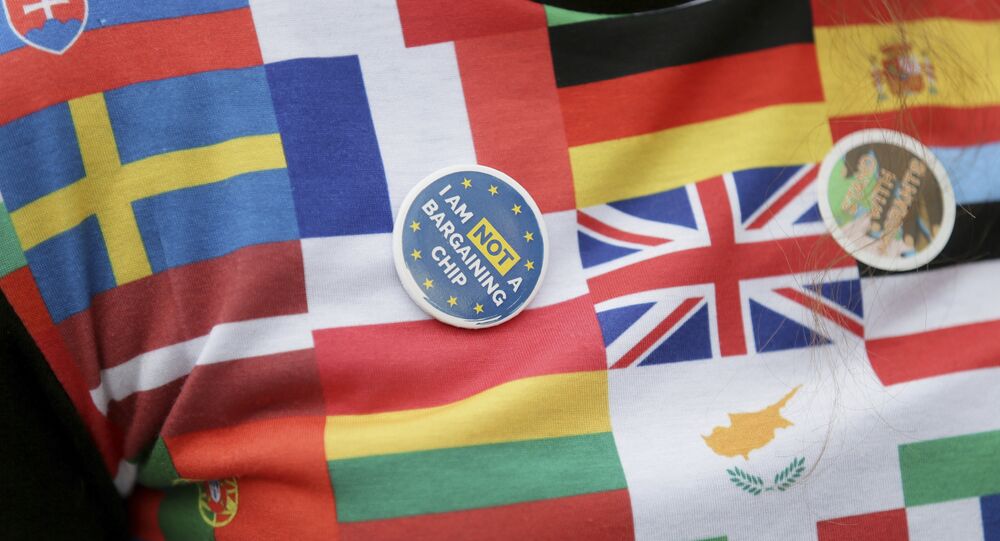 One month ahead of the European Council meeting, the negotiations on core matters, such as the trade deal and security issues are reportedly at an impasse. According to the British media, London is complaining of insults and bullying, while Brussels’ officials are slamming the British strategy as “fantasy.”

The Brexit negotiations have grown bitter after months of fruitless meetings, as they have turned into behind-the-scenes briefings and exchanges of complaints, the British newspaper The Independent reports. A EU senior official, cited by the newspaper, has lambasted the UK for “chasing the fantasy of denying the consequences of Brexit in a given policy area” while negotiating some issues and lacking plans on others. According to the newspaper’s sources close to the talks, there has been an internal warning that if by the end of June, when the European Council is to meet, the parties fail to reach an understanding on core matters it will raise fears of a “no deal” scenario.

Besides, the EU has already mentioned its disapproval for the new plans of UK Prime Minister Theresa May, leaked recently. According to reports she wants to ask the EU for an extended transition period to make time for customs and trade arrangements. The second transition period will continue into 2023 to allow for the implementation of customs and regulatory alignment to avoid a hard border with Ireland, as the plans suggest.

The UK’s position on other issues has also faced non-acceptance within the EU. The EU negotiating team, according to the reports, insists that London “does not understand” that the European arrest warrant will be unavailable for the UK after Brexit, as member-states won’t extradite their nationals to a non-member, which the UK will become. While May earlier pledged, that the European arrest warrant should be available to the UK after leaving the EU, the Brussels’ source states that London can hope for no more than a bilateral extradition treaty with Brussels.

The EU also laments the UK’s claims that its military and government should keep access to the Galileo satellite system. Although Brussels isn’t excluding the possibility that London may use the system, the Union is against giving British defense companies, despite their earlier contribution to building up the system, such access in the future. According to their position, the UK is going to become a non-bloc nation, so such a right would be deemed as breaking EU security rules.

According to Brexit Secretary David Davis, such a relationship model “would lead to a substantial and avoidable reduction in our shared security capability. Our citizens depend on this, let’s not let them down.” But as the EU official, agreeing with this point, states, the UK should take responsibility for its own decision.”

A source in the UK government, commenting on the course of talks, has complained to the newspaper that the EU is trying to “insult” the UK’s negotiators, risking the prosperity of all Europeans.

“The risk is that if they follow down this track, putting conditions on our unconditional offers and trying to insult us, the EU will end up with a relationship with its third biggest economy and largest security partner that lets down millions of citizens in the EU and UK,” the source told the Independent.

London and Brussels have been in talks on the UK’s withdrawal conditions since June 2017, following the nationwide referendum on leaving the bloc when more than half of the participants voted in favor of it. Britain is expected to pull out of the bloc by the end of March 2019. The Houses of Parliament are to vote this year on the final treaty as they need to ratify the Brexit bill agreed upon with Brussels, which includes a financial settlement along with details of the transition period and framework for trade and security relations.