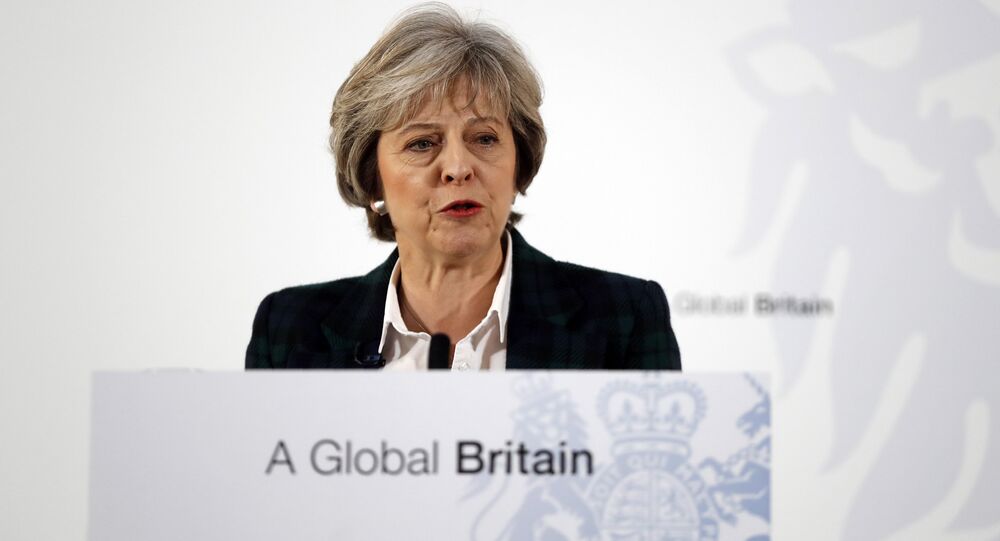 The United Kingdom is expected to start the pullout from the bloc in March 2019 followed by a transition period to avoid abrupt changes. It will run until the end of 2020.

The second transition period will continue into 2023 to allow for the implementation of customs and regulatory alignment to avoid a hard border with Ireland, The Times newspaper said.

May earlier proposed a hybrid option of "customs partnership" with the European Union, meaning the United Kingdom would continue to collect tariffs set by the EU customs union for goods coming into the country on behalf of the European Union.

© REUTERS / Clodagh Kilcoyne
'Absolutely Devastating': Lawmaker Slams Hard Border Brexit Plans for Ireland
The border between the Republic of Ireland and Northern Ireland also remains an obstacle on the agenda of the Brexit talks, as London's pullout might create difficulties for the free movement of goods and workers between Ireland and the Northern Irish counties of the United Kingdom, and return a "hard" border between them in potential violation of the 1998 Good Friday Agreement.

The Times publication also stressed this proposal had not been presented to EU negotiators yet and was unlikely to sit well with Brussels or with pro-Brexit officials at home.

London and Brussels have been in talks on the UK's withdrawal conditions since June 2017. UK payments to the EU budget have been one of the major issues debated by the parties, since the United Kingdom is one of the European Union's major contributors.