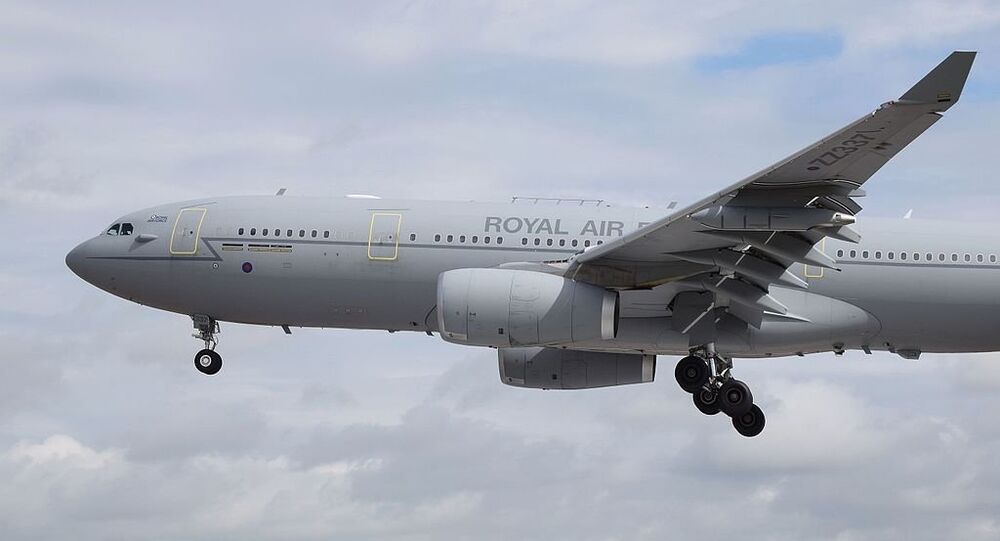 Britain's foreign secretary Boris Johnson says he needs a Brexit plane for his global travels because the Prime Minister's jet "is never available."

Boris Johnson is currently on a five-day tour of South America, jet-setting around Peru, Argentina and Chile with entourage of officials and journalists where he admitted he'd rather like his own private Brexit themed plane for meet his globe trotting needs.

"If there's a way of doing it that is not exorbitantly expensive then yes, I think we probably do need something," Mr. Johnson told reporters. Appearing to have a bit of a conscience, Boris suggested the Brexit jet shouldn't be overly "luxurious."

Foreign Secretary #BorisJohnson has said he "probably needs" a plane to help him travel the world and promote the UK's interests.
You know what, all joking aside…he probably does. I bet he's the only FS who doesn't have one! pic.twitter.com/InawyJixyN

"The taxpayers won't want us to have some luxurious new plane, but I certainly think its striking that we don't seem to have access to such a thing at the moment," Mr. Johnson told reporters.

READ MORE: Gaffes Away! Will Boris Johnson Put His Foot in it During Trip to Argentina?

So #BorisJohnson thinks #RAF planes are "too grey". I'm sure potential enemies would appreciate it if they were fluorescent pink.

So #borisjohnson needs a Brexit plane, to improve our standing in the World, what could possibly go wrong! pic.twitter.com/4mPYX8Xc93

Ever since the Prime Minister's RAF Voyager underwent a US$12 million refit, it "never seems to be available," according to Britain's Foreign Secretary, often borrowed by members of the Royal Family and senior cabinet members.

But it's not like Boris doesn't have any other planes to fly on. The Royal fleet of BAE 146 planes are available to the Foreign Office, boarding one as recently as last year to travel to Moscow.

Boris, you can have a plane.
Take our money, watch it burn.
But we have some Ts and Cs –
Fly away and don’t return.#BorisJohnson #TheDickheadWantsAPlane #politics #BorisOut #Tories #Poem

Stick with the zipwire pic.twitter.com/hZlVfteYXH

'Increasingly Unsustainable' Position: Will UK PM Sack BoJo to Save Herself?

'Jury's Out' on BoJo's Job as UK Foreign Secretary