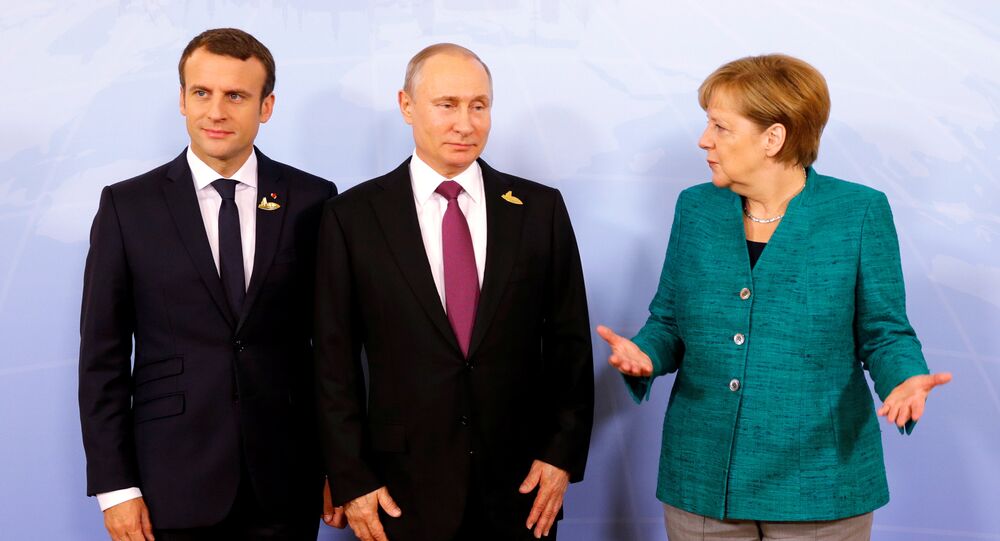 According to Reuters' sources, the meeting will solely focus on the implementation issues and details of the Iran nuclear deal.

Diplomats from Germany, France, Britain, led by senior EU diplomat Helga Schmid, and also from Russia and China, will be meeting in Vienna next week to discuss a new agreement with Iran similar to the 2015 deal, but one that would put curbs on Tehran's ballistic missile program and the role it plays in the region, Welt am Sonntag reported.

According to the media outlet, the negotiators hope that an amended deal would help bring the US on board and persuade President Trump to lift the sanctions on Iran. The new agreement may also reportedly provide financial aid to the Islamic Republic.

© AP Photo / Geert Vanden Wijngaert
Enough is Enough: EU to Block US Sanctions on Iran to Protect European Firms
The participants are also expected to discuss how to defend against the sanctions Washington is threatening to use against European companies, which continue doing business with Tehran.

"We have to get away from the name "Vienna Nuclear Agreement” and add a few additional elements — only then will President Trump agree and lift the sanctions," a top EU diplomat told the newspapaper.

However, later in the day, European sources told Reuters that the publication was incorrect as the Vienna meeting will "address the implementation issues and details of the JCPOA" and "not cover any other issues." There has been neither official confirmation nor denial of the German media report so far.

The media report comes just days after German Chancellor Angela Merkel visited the city of Sochi to meet Russian President Vladimir Putin, with the Iranian nuclear deal being high on the agenda.

"We spoke about the difficult situation amid the US withdrawal from the Iranian nuclear deal. Germany, the United Kingdom, France and all our colleagues in the European Union are supporting this agreement and we are going to continue to abide by it in the future," Merkel said during a joint press conference with Putin on Friday.

In a clear response to the US decision to exit the Iran nuclear deal, the EU Commission President Jean-Claude Juncker announced that the bloc plans to apply a 1996 law that would prohibit European companies from complying with any sanctions the US would reintroduce against Tehran.

Juncker said that EU leaders had “also decided to allow the European Investment Bank to facilitate European companies' investment in Iran" and that the European Commission would continue to cooperate with Tehran.

Miguel Arias Canete, European commissioner for energy and climate, reassured Iran on Saturday that the European Union wants to keep trade open despite the US withdrawal from the nuclear deal.