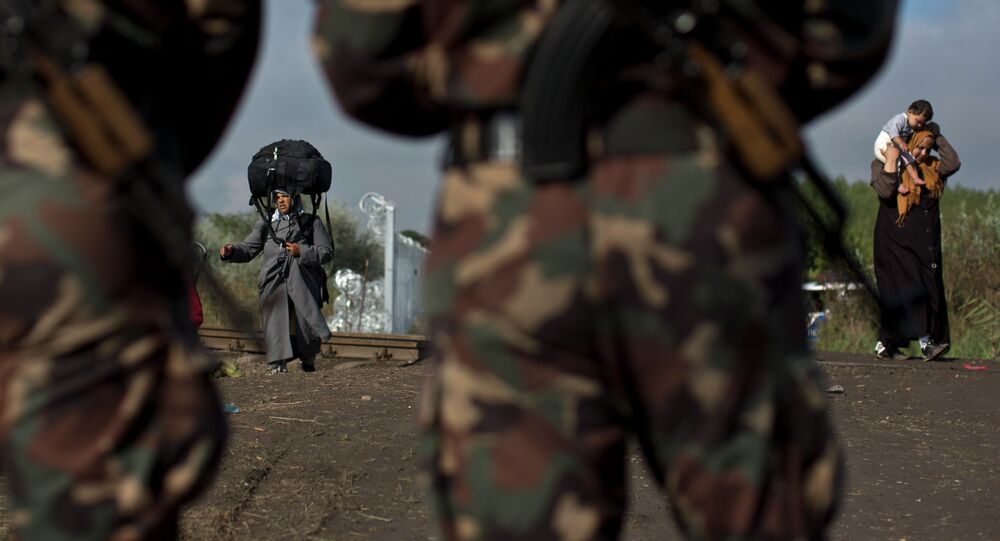 Hungarian Prime Minister Viktor Orban has said that he believes that any decision on the migration crisis should be taken after the European Parliament elections.

Meeting his Polish counterpart Mateusz Morawiecki in Warsaw on Monday, Hungarian Prime Minister Viktor Orban emphasized that Hungary considers its right to accept or not accept migrants as a matter of its sovereignty.

His said that the country's ancestors "would be very much offended" if they found out that they someone else rather than Hungarians themselves were resolving migration-related issues.

"The issue of who can stay on the territory of a sovereign country is the most important topic for us," Orban underscored.

He also said as far as this matter is concerned that Hungary is pressured by Brussels and that decisions on the refugee crisis should be taken after the European Parliament elections.

Orban was echoed by Morawiecki who said that Warsaw's stance is that "the migration flows to Poland should be controlled by the authorities."

According to him, part of the solution should be efforts to make migrants want to stay in their countries rather than leave them for a new destination.

In early May, Orban known for his tough stance against immigration, which he has referred to as a "Trojan horse of terrorism," said that Budapest might use its veto power over the EU's budget, stressing that not "a single cent" should be spent on migration-related purposes.

In April 2017, Hungary completed the construction of a second fence on its border with Serbia aimed at stopping any surge in the flow of migrants toward Europe. The first barbed wire fence on Hungary's southern border was built in late 2015, after some 400,000 migrants and refugees passed through the country.

READ MORE: Expert Explains Reason Behind Decline in Number of Migrants to Europe

Budapest along with Prague and Warsaw have repeatedly opposed the EU's stance on migration, in particular regarding the migrant quota system that was introduced in September 2015, which stipulates the relocation of 160,000 asylum seekers staying in Italy and Greece across the bloc within two years.

The European Commission, for its part, lodged lawsuits against the Czech Republic, Poland and Hungary due to their reluctance to receive refugees in accordance with the established quotas.