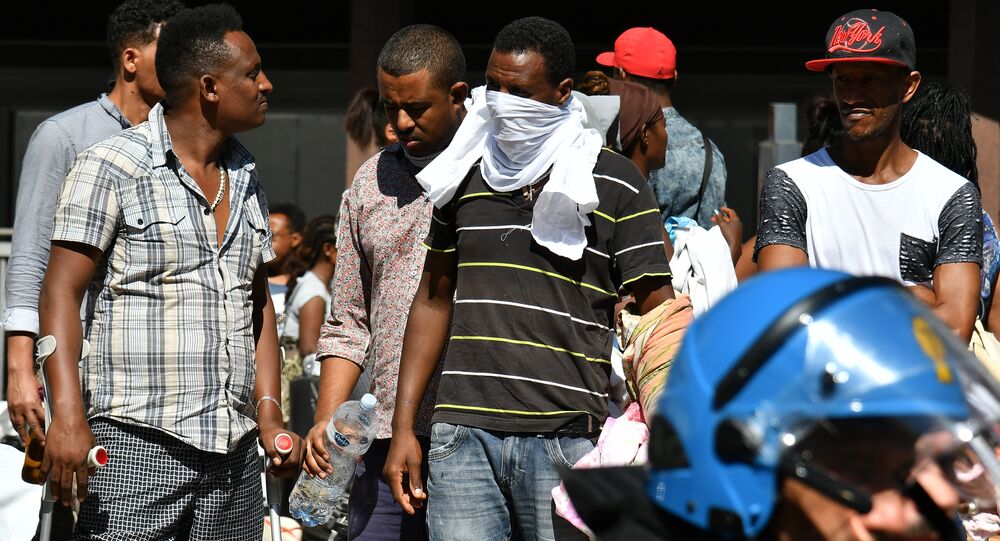 A new plan from the European Commission to relocate 50,000 refugees directly from conflict zones will certainly encourage discussion about migration in the EU, but member states will have to take in more migrants in order to really solve the crisis, Oliviero Forti from the Caritas Italiana charity told Radio Sputnik.

Last week, the European Commission announced a new resettlement scheme which plans to bring 50,000 refugees to Europe directly from Africa, the Middle East and Turkey, with the aim of discouraging illegal migration.

The proposal would offer refugees a "safe and legal pathway" to Europe, avoiding the dangerous journey across the Mediterranean, Oliviero Forti of Caritas Italiana, a Catholic charity working with refugees in Italy, told Radio Sputnik.

"At Caritas Italiana, we deeply believe in the resettlement programs at a worldwide level," he said. "Caritas and the UN Refugee Agency (UNHCR) are implementing several programs in order to give refugees the opportunity to arrive in our countries in this way, avoiding being in the hands of the traffickers."

The European Commission's recommendation, which is not legally binding for member states, would see 50,000 people resettled in Europe at a cost of half a billion euros. Forti said that the measure is not enough to solve the migrant crisis, but could promote "reflection" in Europe on the migration issue.

"This could not be the solution, in particular for the migration from Africa. We have been facing a larger number over the last years. But probably, it's a very interesting political message for old Europe, because at the moment we need more solidarity."

"Probably, starting from this kind of program, we can start to reflect on mobility around Europe."

Forti said that the agreement has resulted in a marked drop in the number of migrants arriving in Italy. According to the EU border agency Frontex, in the first seven months of 2017 the number of illegal detections fell by two-thirds in comparison with the same period of last year, to 127,100.

An agreement between the EU and Turkey to stem the migrant flow on the Eastern Mediterranean has also reduced the number of migrants. In the first seven months of 2017, roughly 15,750 migrants reached Greece, 90 percent fewer than in the same period of last year.

However, this year the Western Mediterranean has seen an increase in the number of migrants, most of whom come from the Ivory Coast, Morocco, Gambia and Guinea.

"The EU implemented the migration relocation system in order to give Italy and Greece the opportunity to relocate people who are arriving in other European countries. But at the moment, many European countries haven't accepted any refugees and so we have to find a way to convince them that migration is a European problem, not [only] the problem of Italy, Greece or the other Southern European countries."

© AP Photo / Emilio Morenatti
Sacre Bleu! Fury as French Maths Book Asks Migrants Equation
According to Forti, reluctance to accept migrants is a "cultural problem" afflicting communities across Europe, and that many see the introduction of migrants as a direct competitive threat to their own wellbeing.

"We are having problems with local communities because they believe that migrants are the enemies of modernity. They believe that due to the arrival of migrants, they are at risk of not having what they need."

"The media is also giving this kind of image and so often we say we have to work at the cultural level."

Forti called for a "new European approach" to migration, which would acknowledge that migration from Africa and elsewhere can't be stopped, but only managed.

"In October 2018, the UN is going to hold a discussion about a new world policy on migration, so we have to start work on this because it will be a big issue for the future."

Migrant Gets 9 Months For 'Join ISIS With Me' Gag