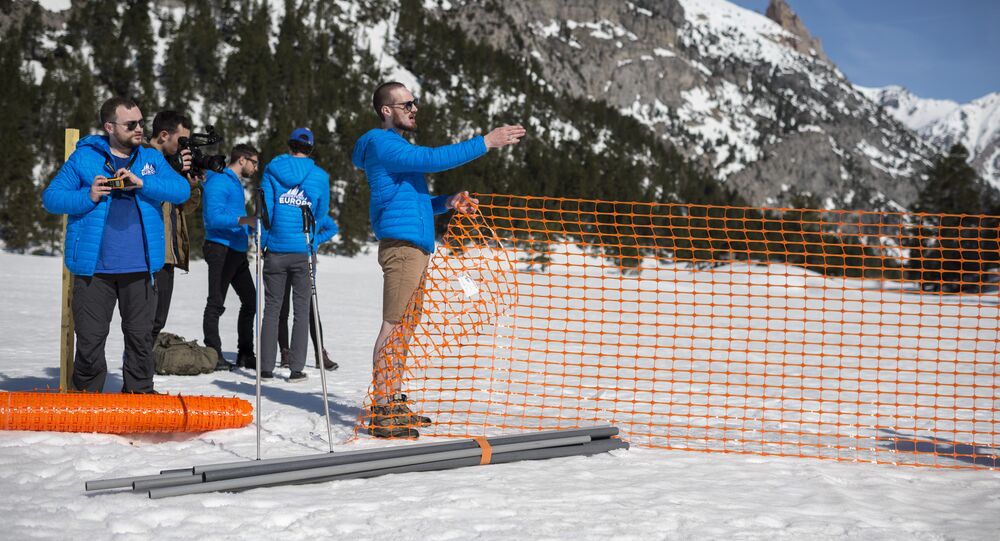 One hundred activists of the DefendEuropeID movement have symbolically blocked a section of the Franco-Italian border near the Col de Lechelle pass to say "no" to migrants, according to Sputnik France's correspondent Edouard Chanot.

The action kicked off at 10:30 GMT, when the activists blocked the movement of migrants from Italy to France near the Briancon commune in the Hautes-Alpes department.

They also unfurled banners with the words "Defend Europe," saying that they "took control of the [Col de Lechelle] pass" to call on "Europeans to rebel against mass immigration."

The activists also demand that French President Emmanuelle Macron should deal with the border service budget and "ensure border security" instead of focusing on the creation of more refugee centers in the country.

Schmidt added that Macron's previous suggestion to create centers for migrants in North Africa was just an attempt to "calm down the talk about migration."

Since 2015, the European Union has been grappling with an acute migration crisis stemming from an influx of asylum seekers and migrants who fled hostilities and crises in the Middle East and Northern Africa.

The situation prompted a divide between the EU member states, with some of them sticking to the so-called open door policy, like Germany, while others, such as the Czech Republic, Hungary, Poland and Slovenia, refuse to receive migrants and asylum seekers over security and cultural concerns.

'We Must Tell Refugees They're for Limited Period of Time in EU,' German MP Says