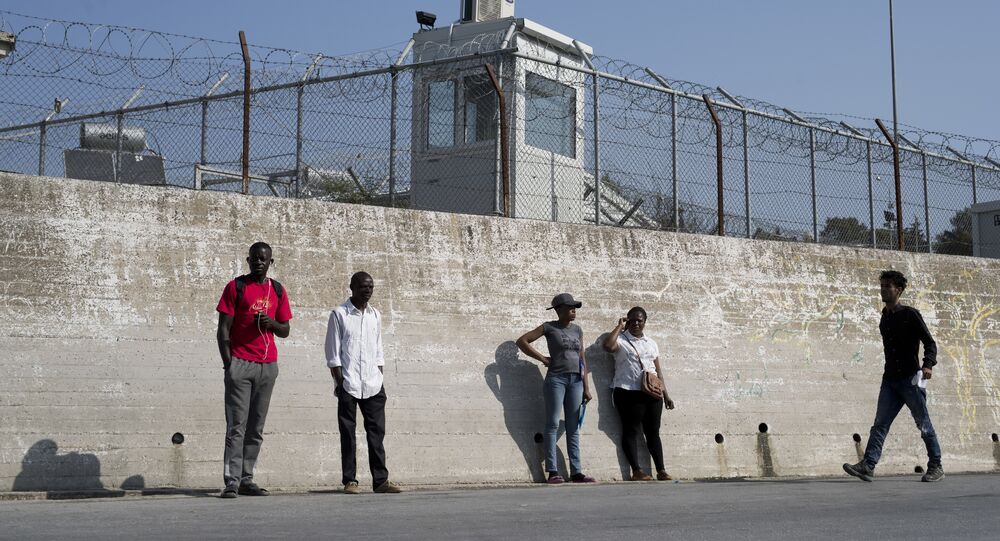 PARIS (Sputnik) - Even though the amount of migrants arriving in Greece has decreased since the conclusion of the EU-Turkey migrant deal, new procedures at borders caused overcrowding of accommodation centers on the Greek islands, Leo Dobbs, the UN Refugee Agency (UNHCR) communication officer in Athens, told Sputnik.

On May 1, media reported that Greek Prime Minister Alexis Tsipras and several members of his cabinet would travel to the Greek island of Lesbos later in the week, in which many have seen an attempt to calm mounting tensions on the islands where the situation is much worse than on the mainland amid a fresh leap in migrants arrivals.

"These new border arrival procedures… led to difficult conditions – overcrowding of the [reception] centers… The situation on the mainland is much better, the situation on the islands is much worse… People have to stay there for months. That’s where our concerns really are," the UN Refugee Agency (UNHCR) communication officer in Athens explained.

© REUTERS / Elias Marcou
Greek Police Intervene in Bloody Clashes Between Migrants, Nationalists (PHOTOS)
Dobbs emphasized that the agreement, nevertheless, did have a positive effect and resulted in the decrease of migration flows to Greece.

"There are still people arriving in Greece, 8,000 since the beginning of the year… [However,] the figures are down tremendously comparing to 'emergency' period in 2015 – early 2016, when there were about a million people coming to the Greek islands," Dobbs stated.

© Sputnik / Alexey Vitvitsky
European States Unwilling to Pay for EU-Turkey Deal - Report
The UNHCR media officer also emphasized the importance of the establishment of additional legal routes for migrants to reach Europe apart from the existing one between Greece and Turkey, which alone hosts over 4 million migrants.

The sea route between Turkey and Greece has been one of the major ways for migrants fleeing hostilities or instability in the Middle Eastern countries to get to Europe. In March 2016, the European Union and Turkey agreed that Syrian refugees arriving in Greece would be returned to Turkey if their claim for asylum was rejected, while Syrian asylum seekers in Turkey would be resettled in Europe on a one-for-one basis.