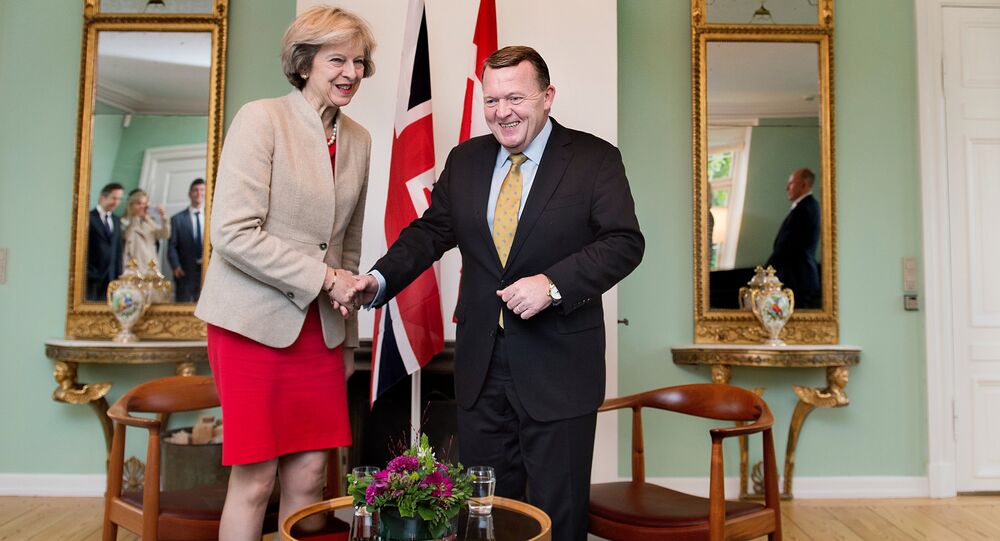 Theresa May Seeks to Deepen Relations With Nordic EU Members

Scandinavia is one of several sub-regions of the EU with particularly close relations to Britain, something the Prime Minister has sought to capitalize on.

British Prime Minister Theresa May has concluded an official tour of Denmark and Sweden, two of the key Nordic members of the European Union, seeking out improved bilateral relations as the United Kingdom counts down to its exit from the bloc.

Scandinavia has been a key European peripheral region identified in various UK parliamentary reports as being particularly interested in closer bilateral relations, along with eastern European states such as Poland and Hungary.

Among the issues on the agenda with her Nordic counterparts was the deepening of bilateral defense and security relationships, particularly Sweden's decision to join the "Joint Expeditionary Force," comprising most northern European and Scandinavian countries under the leadership of Britain established in 2014 to respond to military situations around the world.

Watch live: the PM speaks about the UK’s future relationship with Sweden in Stockholm https://t.co/ZQtnoBCsKA

On the Danish leg of her tour, the Prime Minister was confronted with comments from her counterpart that Britain's relationship with Europe, and Denmark by extension, would necessarily be more "bureaucratic" after Brexit due to the end of Britain's membership of the Customs Union and Single Market. Management of the fishing industry in British waters was also discussed, as the Prime Minister has agreed to leave UK waters open to European fishing vessels throughout the period of the transitional period.

A key part of the trip was also to attempt to strengthen Britain's Nordic ties against Russia as the Conservative government has continued to accuse Moscow of involvement in the poisoning of former spy Sergei Skripal and his daughter Yulia in Salisbury, England.

China Is Glad to Be of Service to Scandinavia

Hard Rock and Heavy Metal: Piece of Scandinavia's Oldest Meteorite Up for Grabs