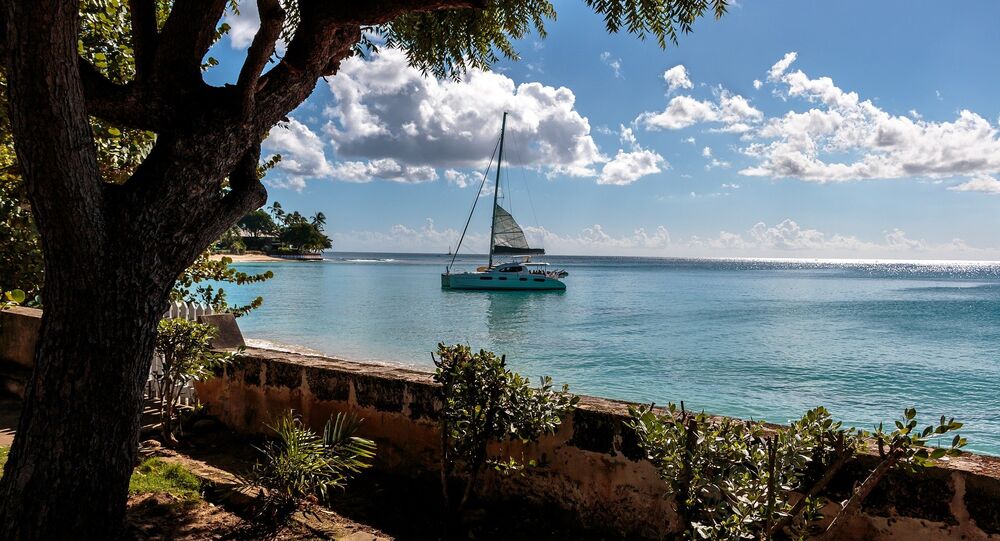 A convicted murderer who attacked a teenage girl and then spent more than 20 years in a British prison for killing a man has been charged with another murder on the Caribbean island of Barbados.

Lawrence Mullin, 58, has been charged with murdering Laura Springer, 56, whose body was found at her home in the small town of Christ Church on March 19.

Mrs. Springer's daughter became suspicious after her mother failed to answer phone calls and police learned a man had been seen running away from her house a few hours after the last time she was seen alive.

Barbados-born Mullin was deported from England three years ago after serving 21 years of a life sentence for a horrific murder in Essex.

In March 1993, Barry Bradford was attacked in the grounds of Highwood Hospital in Brentwood, just outside London.

Mullin, who is also known as Mullins, stabbed him several times in the throat and chest, stripped him from the waist down and stamped on his head.

He then threw mud over Mr. Bradford's face and, in a sinister ritual, placed a single daffodil on either side of the dead man's head.

When police arrested Mullin they learned he had also attacked a 16-year-old girl in a similar random attack.

The girl, who never recovered enough to be able to give a statement to police, had teeth literally pulled out of her mouth by Mullin during the barbaric attack.

"You are plainly an extremely dangerous man. I will recommend to the Home Secretary that you are imprisoned for many, many years," the judge, Lord McPherson, told Mullin.

He was sentenced to life in prison with a minimum tariff of 20 years.

He is not the first killer to have been freed only to be accused of more crimes.

In January Theodore Johnson was jailed for life after pleading guilty to the murder of Angela, Best, 51, in north London in December 2016.

Johnson had twice killed women and been released before murdering Ms. Best.

He had been convicted of killing his wife, Yvonne, by throwing her off a balcony in Wolverhampton in 1981, and then in 1993 he strangled his girlfriend, Yvonne Bennett, to death with a belt in Finsbury Park, London.

Jon Venables, who was only 10 when he and another boy abducted and murdered two-year-old James Bulger in Liverpool, was freed from custody in 2001, after serving only eight years.

He was recalled to prison in 2010 for accessing images of child abuse. Released again in 2013, he was jailed again for three years in February this year after being convicted of the same offense.

The UK media is forbidden from reporting Venables' new identity or what he looks like as an adult.

Another infamous killer who is now walking free is Karla Homolka.

Between 1991 and 1992 Homolka and her husband Paul Bernardo — who were later dubbed Ken and Barbie because of their good looks — abducted and then raped and strangled two teenage girls, all of which she videotaped.

He was jailed for life in 1995 and she was given 12 years for manslaughter after agreeing to testify against him.

Homolka was released from prison in 2005, changed her name and vanished into obscurity.

Mullin has been remanded in custody and is expected to go on trial later this year. Barbados does have the death penalty but sentences are usually commuted to life by the Privy Council in London, which is the ultimate court of appeal.