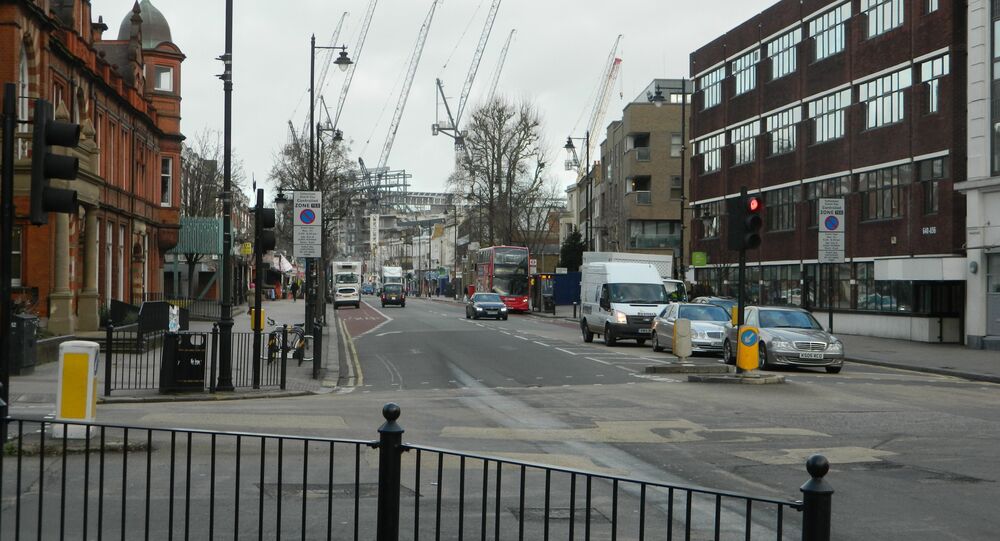 Once, Twice, Three Times a Ladykiller....and He Still Might Get Out One Day

A garage mechanic who killed two women and was let out of prison twice has been jailed for life for murdering his girlfriend. Sputnik spoke to Norman Brennan, a leading law and order campaigner in the UK, who says the prison authorities are under pressure to release inmates because of overcrowding.

Domestic violence campaigners in Britain have reacted angrily to news that a man who killed two previous partners has admitted murdering a third woman.

Theodore Johnson, 64, was jailed for life on Friday, January 5, after pleading guilty to the murder of Angela, Best, 51, in north London in December 2016.

It emerged on Wednesday, January 3, he had been convicted of killing his wife, Yvonne, by throwing her off a balcony in Wolverhampton in 1981, and then in 1993 he strangled his girlfriend, Yvonne Bennett, to death with a belt in Finsbury Park, London.

© Photo : Metropolitan Police
Theodore Johnson, who killed three women in London between 1981 and 2016

On both occasions he was convicted of the lesser charge of manslaughter but Norman Brennan, a former police officer who spent 31 years dealing with homicide and is now a leading law and order campaigner, told Sputnik he believed both juries had been "duped" by Johnson.

After killing Yvonne Bennett, Johnson claimed he was suffering from a depressive illness and was convicted of manslaughter on the grounds of diminished responsibility and was sent to a psychiatric hospital from which he was released barely four years later.

​Johnson Could Be Free Again in 26 Years

The judge, the common sergeant of London, Richard Marks QC, sentenced Johnson to a minimum term of 26 years, which surprised many observers who had expected a whole life tariff. Johnson would be 90 years old if he was released at the end of the minimum term.

Allowed to kill 2 more times!! Theodore Johnson jailed in 1981 for killing his wife. After release 11yrs later he strangled his next partner —detained in a psychiatrist hospital for just 2yrs. Released & in Dec 2016 he killed another partner Angela Best.

​"If three homicides over three decades doesn't deserve a whole life tariff I don't know what does. I dealt with the families of more than 1,000 homicide victims and I have never heard anything like this in all my life," Mr. Brennan told Sputnik.

One of the conditions of his release was that he informed the authorities if he entered into a relationship but he lied to a mental health social worker and denied he was in a relationship with Ms. Best.

Johnson's lawyer, Annette Henry QC, told the Old Bailey his case showed there were "lessons to be learned" about self-reporting.

"The most important condition was not complied with. Mr Johnson did not at any stage inform any individual in any authority about the relationship he had started with Best," she told the court.

Camden and Islington NHS Trust has commissioned an independent report into what went wrong with the supervision of Johnson, who came to the UK from his native Jamaica in 1980.

"This person is really as dangerous as the Yorkshire Ripper because he has this obsession with control and if anybody crosses him, especially a partner, he kills them. I have never seen such a bizarre breakdown of sentencing," Mr. Brennan told Sputnik.

Johnson had separated from Ms. Best by December 2016 and he attacked her with a claw hammer after she started a relationship with another man. After hitting her repeatedly he strangled her with a dressing gown cord.

Lost Both Arms in Suicide Attempt

He then drove to Cheshunt railway station and threw himself in front of a train but survived, despite losing both his arms.

"He hates himself for what has happened. Mr Johnson will lead a miserable existence. It's doubtful he will be released alive from any sentence and it's highly likely he will die in prison," said Ms. Henry, who said her client just wanted to die.

"The shock still remains and the loss is traumatizing, immense, profound and utter devastation," said Ms. Best's sister Valerie Archibald, in a victim impact statement read to the court.

Today — Theodore Johnson will be sentenced for the murder of his ex-partner, Angela Best (the third woman he has killed). Yesterday, the decision was taken to free rapist John Worboys. We need to ask: just how seriously are we taking the safety of women? https://t.co/Rf0yhYGX7n

Johnson was sentenced on the same day that the chairman of the Parole Board, Nick Hardwick, was forced to apologize after it emerged that some of the victims of serial rapist John Worboys had not been told of the decision to release him.

"It seems these decisions are more about emptying the prisons than protecting victims. The Parole Board are under huge pressure to release people because the prisons are overcrowded. But Worboys is one of the worst serial rapists we have seen and to release him after just eight years is just bizarre," Mr. Brennan told Sputnik.

The views and opinions expressed by ​Norman Brennan are those of the expert and do not necessarily reflect those of Sputnik.

‘No Feelings, No Compassion’: Canadian Serial Rapist to be Deported to Malaysia