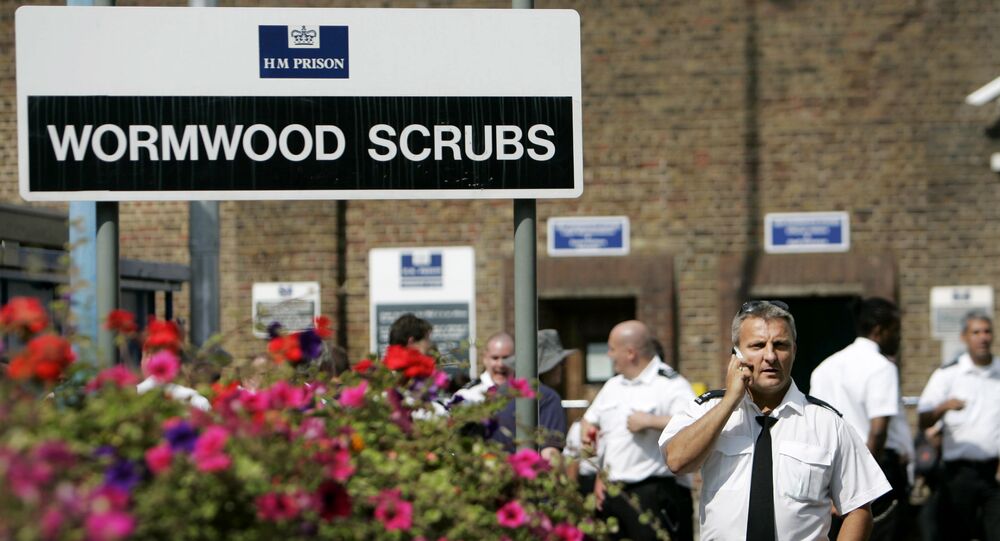 'It's Unbelievable': Nothing to Stop UK Murderers Making Money From Property

When the Proceeds of Crime Act was introduced in Britain in 2002 it was heralded as a new way of tackling crime. But a Freedom of Information request by Sputnik to the Ministry of Justice has revealed how little property is confiscated from the UK's most dangerous men and women.

In some countries — for example, Russia, China and India — people convicted of serious crimes like murder or armed robbery often have their property confiscated by the state and auctioned off.

But in Britain it appears there is nothing to stop a brutal murderer like David Dearlove — who in December was convicted of killing his 19-month-old son — retaining his home while he serves out his life sentence in prison, even receiving rental income while he sits in a jail cell.

"As of 31 December 2016 (latest currently available data) no instances of confiscation orders have been reported to have been issued by courts following a conviction for murder or manslaughter," a Ministry of Justice official told Sputnik.

Your Landlord Could be a Convicted Killer

The Ministry of Justice said it was unable to say how many "offenders currently incarcerated in prison in England and Wales for offences of murder or manslaughter" were obtaining rental income from properties they own.

Taxi cab rapist John Worboys is set to get 24-hour protection costing up to £300,000 a year if he is released from prison. Is this justice? pic.twitter.com/1Dbvopk02Q

​"I find it unbelievable that convicted murderers can rent out their properties and get income while taxpayers have to pay for their upkeep," Rose Dixon, CEO of the charity Support After Murder and Manslaughter (SAMM) told Sputnik.

"Many of our victims are struggling because they are traumatized and can't go to work because of the effects of the murder. They can't hold down a job because they can't concentrate. Sometimes they get the sack because their bosses don't understand what they are going through," Ms. Dixon told Sputnik.

The housing charity Shelter offers advice on its website to inmates on how to avoid being evicted or having their homes repossessed while they are in jail.

"Check if you or your partner can claim support for mortgage interest cover the mortgage, even if it is not in your partner's name," advise Shelter.

This infuriated Ms. Dixon. "Most of our members feel the whole system is weighted towards the perpetrators," she told Sputnik.

https://t.co/XGaY0XtbIz The moment when you find out someone you worked alongside for a number of years is now a convicted murderer. Never gave the impression he had anything like this in him at all, I guess you just never know.

She said a report in 2011 by the then Victims' Commissioner, Louise Casey, suggested families of murder victims lost on average £37,000 ($51,600) as a result of lost wages, funeral expenses and other costs.

"Even if it is not the breadwinner who is killed, sometimes the main breadwinner can be so traumatized that they cannot go back to work," Ms. Dixon told Sputnik.

She said she was not sure if murder victims would want to receive money from their killers but she said their property should be confiscated and could help to pay for the state's expenses.

"When you think of how much it costs to keep someone in prison or to give them a new identity. Jon Venables [who murdered two-year-old James Bulger in Liverpool in 1993] for example had been two new identities and each time it cost a quarter of a million pounds," Ms. Dixon told Sputnik.

​Britain introduced asset confiscation legislation in 2002, following the example of the Republic of Ireland, where a Criminal Assets Bureau was set up in 1996 after the murder of investigative journalist Veronica Guerin to go after the country's "Mr Bigs."

The Assets Recovery Agency was set up in the UK amid a blaze of publicity in 2003 but over the next three years it managed to seize only £23 million ($32 million) and cost £65 million ($90 million) to run.

Eventually, in 2008, it was wound up and nowadays the job of seizing criminals' assets is carried out by police forces across the UK and the National Crime Agency as well as Her Majesty's Revenue and Customs.

Most of those who are targeted are drug dealers and other organized criminals but with the bill for housing convicted murderers and rapists spiralling there is growing pressure for violent criminals and sex offenders to be targeted.

The cost of incarceration in Britain is around £40,000 (US$55,800) a year, not including the original cost of building the prison in the first place.

One trainee prison officer at a London jail told Sputnik he was shocked at the comfortable existence of inmates, some of whom were serving life terms for murder or manslaughter.

Alando Bolt, 45 (pictured) will serve a minimum of 21 years in prison for the murder of 30-year-old Andrew Thompson in #Brixton in August 2017 #Lambeth https://t.co/OXaIfh4p7P pic.twitter.com/fZ4yOqbGVg► metpoliceuk

​"They have Playstations and all sorts of computer games which they can play all night. There are no 'lights out' instructions and most of them are up all night playing with their games consoles," he told Sputnik.

"They are even allowed to order items from the Argos catalogue," he told Sputnik.

Denmark Made Refugees Pay For Their Upkeep

In 2016 Denmark passed controversial legislation which allowed the authorities to seize jewelry and other valuables from refugees while their asylum applications were being heard.

Under the law they are allowed to keep up to 10,000 kroner (US$1,660) but anything above that is seized and used to pay for the cost of housing them securely while their future is being decided.

But the UK government, preoccupied with Brexit, shows no appetite for adding property confiscation measures to the punishment imposed on convicted killers.

One murderer who has been targeted for confiscation is Colin Howell, a dentist from Northern Ireland who was found to have property and bank accounts in five countries — the US, Nicaragua, Singapore and the Philippines as well as the UK.

​In November 2010 Howell pleaded guilty and was jailed for life for the murder of his wife Lesley, 32, and his lover's husband, Constable Trevor Buchanan, 31, back in 1991. He had faked the crime scene to make it appear as if it was a suicide pact.

It later emerged Howell had lost £350,000 ($480,000) after investing in a project to find some of Yamashita's Gold — bullion which was buried in the Philippines by the Japanese army at the end of World War Two.

Howell, who turned 59 on Wednesday, March 14, is serving a life sentence at Maghaberry prison in County Antrim.