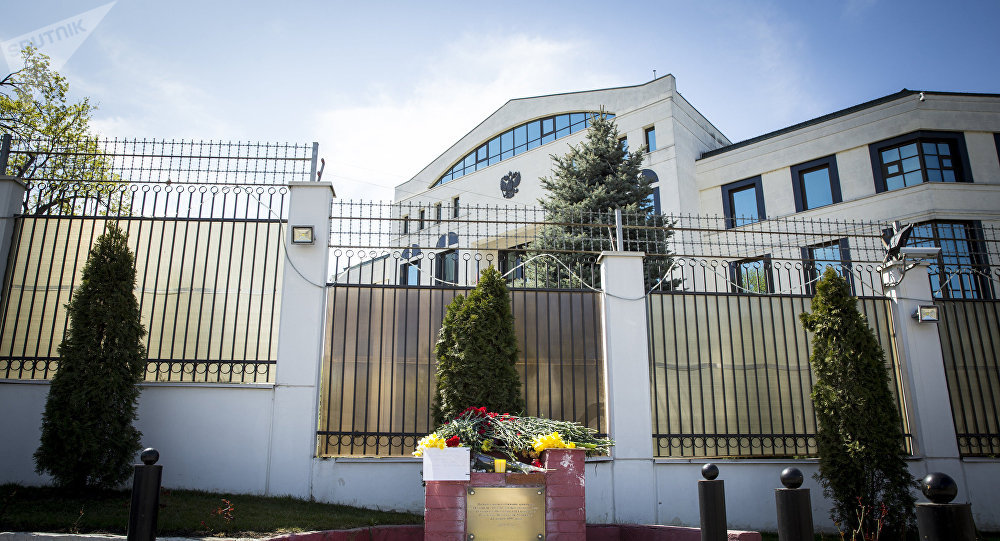 The country's decision is connected with the Skripals' poisoning, which the UK and some other countries claim to be Russia's fault.

"The decision of the authorities of the Republic of Moldova comes as solidarity with the United Kingdom of Great Britain and Northern Ireland and following the conclusions of the European Council of 23-24 March 2018, which characterizes the Salisbury attack as a threat to collective security and international law," the ministry said in a statement posted on its website.

Moldova has declared its solidarity with the UK over the Skripal case, expelling three Russian diplomats from its territory.

Similar moves were taken the day before by16 countries of the European Union, as well as the US, Canada, Norway, Ukraine and several other countries.

However, the Moldovan Parliament's move was harshly criticized by country's President Igor Dodon.

"I am extremely outraged over the decision of the Moldovan government to expel three Russian diplomats. I categorically condemn this anti-Russia provocation. Moldova does not have allied commitments to the United Kingdom and other NATO members in order to take such steps using the principle of bloc solidarity," Dodon wrote in a Facebook post.

Former Russian intelligence agent Sergei Skripal, who then worked for the British MI6 and his daughter Julia were exposed to a toxic substance that UK authorities claim to be a Novichok-class nerve agent on March 4. The British side insists that the Russian state is involved in the case, as the substance A-234 was allegedly developed in the Soviet Union.

Russia denies all these claims, calling them groundless and expressed a desire to participate in the investigation into the case. However, Moscow's request for samples of the chemical substance used to poison Skripal was rejected.