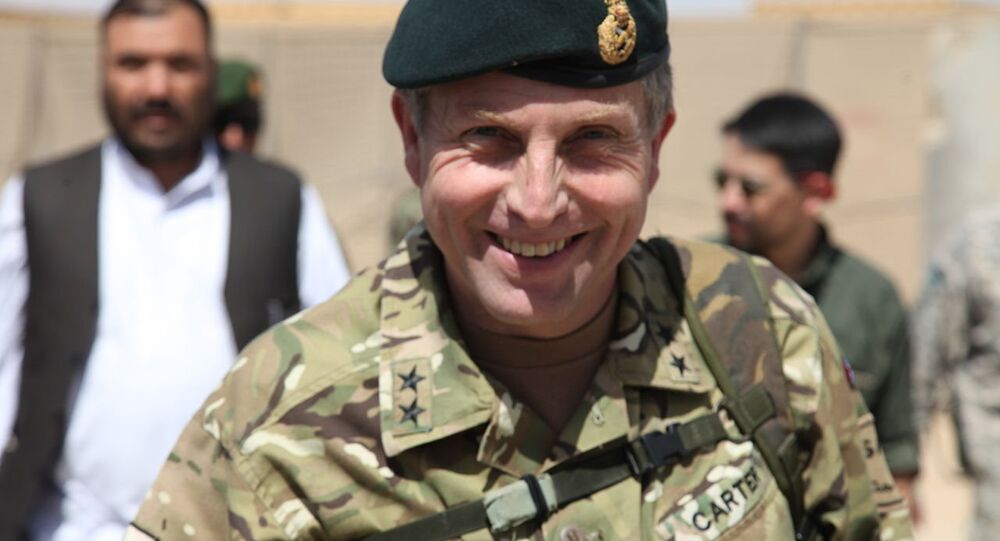 MOSCOW (Sputnik) – UK Chief of General Staff Gen. Nick Carter is calling on his government to increase military spending to keep up with "UK adversaries," such as Russia, North Korea, Iran and China, to protect the country from hybrid warfare allegedly practiced by these hostile states, The Guardian reported, citing excerpts from his speech.

"Our ability to pre-empt or respond to threats will be eroded if we don’t keep up with our adversaries… State-based competition is now being employed in more novel and increasingly integrated ways and we must be ready to deal with them. The threats we face are not thousands of miles away but are now on Europe’s doorstep – we have seen how cyber-warfare can be both waged on the battlefield and to disrupt normal people’s lives – we in the UK are not immune from that," Carter's remarks said, as quoted by The Guardian newspaper.

The speech will come amid the government's review of national security, and the defense and intelligence agencies which are likely to face financial cuts.

© AP Photo / Matt Dunham
Ever the Diplomat: UK's 'Important' Role in US-N Korea 'Rhetorical' Arms Race
The newspaper added that Carter would accuse Russia of building an increasingly aggressive expeditionary force, pointing to the equipment used by Russian troops in Syria, which the United Kingdom would struggle to keep up with.

Russia, already accused of meddling in the 2016 US presidential election, faced allegations in November that it might have influenced the Brexit referendum. The UK Electoral Commission launched a probe into the case after reports emerged about hundreds of Kremlin-run accounts on Twitter and Facebook producing fake news aimed at influencing the outcome of the Brexit vote.

Despite the allegations, Twitter said that it had identified only one account likely funded from Russian sources that promoted content related to the Brexit referendum during the campaign period. The account belonged to the RT broadcaster and published six referendum-related ads, spending $1,031 on them.

In addition to fake news allegations, Moscow was accused by Ciaran Martin, the chief executive of National Cyber Security Centre (NCSC), in November of attacking the UK power supply on the day of the parliamentary election. In December, the NCSC said it had identified 100 hacking groups, most of which were allegedly funded by Russia, China, North Korea and Iran, that had attempted to steal sensitive information.