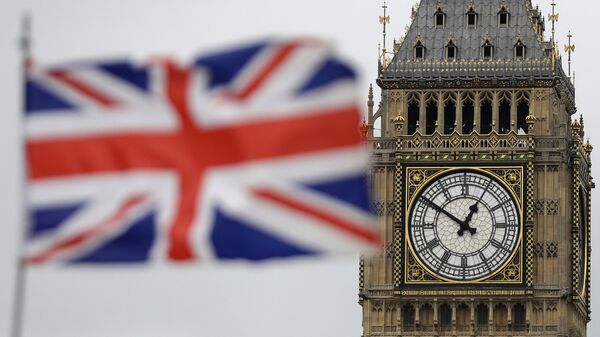 The mainstream media has been thrumming with suggestions of impending war between the US and North Korea, on the basis of anonymous UK military claims - although an expert on North Korean politics has told Sputnik "total war" isn't in either side's interest.

On October 9, allegedly anonymous sources within the UK Armed Forces had suggested the country was preparing for a potential war with North Korea, drawing up plans for how Britain would respond if war broke out with Pyongyang.

UK Military Chiefs 'See What Support' They Could Give US in War With North Korea
​​A number of contingency plans were said to have been hatched, including deploying HMS Queen Elizabeth, the UK's flagship aircraft carrier, to the region, joining US warships off the Korean peninsula, prior to its entry-into-service date of 2020.

In that event, the 65,000-ton carrier would be escorted by Type-45 destroyers and Type-23 frigates, and equipped with at least 12 F-35B fighter jets.

Professor Christoph Bluth of Bradford University's Peace Studies and International Development department suggests the claims were illusory, made by UK officials to "demonstrate they are in alliance with the US."

"The UK does play an important diplomatic role in US-North Korea relations, as they have embassy in Pyongyang, and can inform Americans about what's going on in North Korea. The only difficulty with such claims is war just isn't plausible — there in no scenario in which you aren't going to have massive casualties," Professor Bluth told Sputnik.

In September, US Secretary of State Rex Tillerson praised the UK's "very strong support" in respect of the US' stance on North Korea, and said he had personally thanked Prime Minister Theresa May for her effusive backing.

Later that month, Trump asked May to increase pressure on Pyongyang over the country's nuclear ambitions at the United Nations. Her subsequent address to the UN General Assembly was rife with criticism of North Korea, and she accused Jong-un of continuing to defy and provoke the international community and threaten its neighbors.

While the US has borne the brunt of North Korea's official opprobrium, an official has directly attacked the UK in recent months. On October 2, a state-linked organization warned the UK against continuing efforts to force it to denuclearize, in response to Defense Minister Michael Fallon's suggestion international threats were intensifying due to "a reckless North Korea."

In response, a spokesperson for the Korea-Europe Association said Fallon has "uttered a reckless remark."

"His reckless remark is an unsound claim to find an impertinent fake excuse to justify their pursuit of nuclear weapons modernization. Although the UK dispatched its soldiers to the Korean War siding with the US in the last century, we have clarified on several occasions that we do not consider the UK as our enemy since our two countries established official state relations in the new century," the statement said.

Professor Bluth believes many US conservatives share a "peculiar" position — the US "somehow" has capacity to force North Korea to give up its nuclear program. The professor makes clear the only way is "total war" — a prospect that is in "nobody's interest."

"Both Donald Trump and Kim Jong-un are inexperienced in a way, and have entered a rhetorical arms race neither can afford to lose. Jong-un is trying to demonstrate he's on equal par with US, appear strong to impress and control his own population, while Trump is raising tensions just the same. North Korea often finds it hard to climb down from escalation, but they always do eventually, and the people around Trump won't permit him to escalate to war. I don't see things rising to direct military confrontation, just more testing by Pyongyang," Professor Bluth continued. 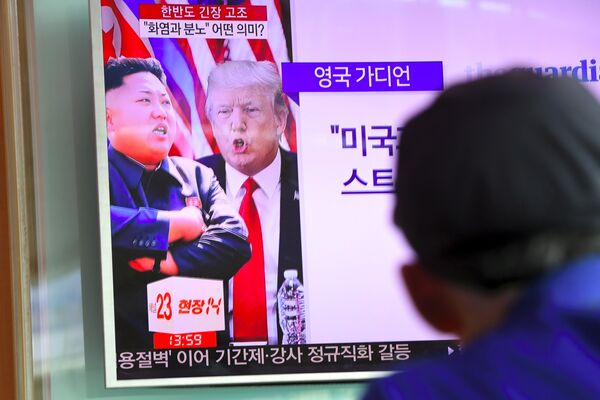 Moreover, he suggested Pyongyang's ultimate goal isn't conflict, but the deterring of attack from South Korea and/or the US, and "extracting benefits" from China and the US alike, in return for mitigating perceived threats.

"North Korea's leadership often seem smart when it comes to negotiation, but they are losing confrontations. For instance, their actions lost them two light-water reactors promised to them that were under construction. Sometimes they appear willing to cut off their nose to spite their face, and are unwilling to back down even if that's the wise thing to do. They want and need some support from outside to maintain themselves," Professor Bluth explained.

"The North Korean government maintains a very tight control on the population, down to the 'neighborhood level.' Once this weakens or disappears, there could be formation of serious opposition, and they could lose power very quickly. They're afraid of their own people without a doubt, but Jong-un's biggest enemies are in his ruling circle," he said.

US Ex-Ambassador to Russia Calls Trump's Tweets on North Korea 'Reckless'
If war were to break out, Professor Bluth suggested South Korea has the military edge — the country maintains a large land army, supported by 20,000 US troops based on the Korean peninsula, and air power from nearby US bases. The US also has nuclear weapons, which the South doesn't have.

"While they claim North Korea for themselves, South Korea's government isn't keen to start a war. They'd obviously suffer immensely, and it would likely trigger a highly destructive nuclear war," he concluded.