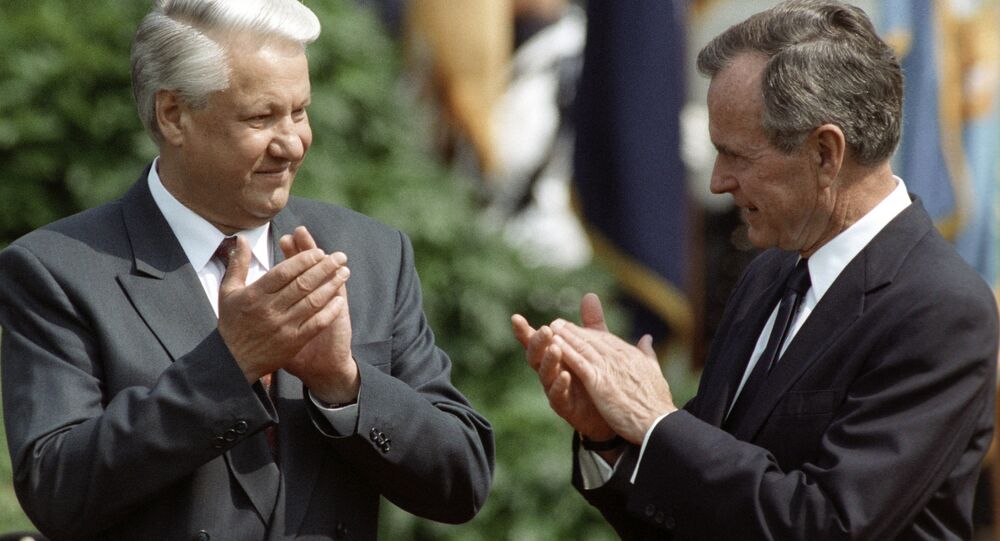 Then-UK Prime Minister received a warning in 1990s that George Bush’s administration was so admired with the way Boris Yeltsin, Russia’s President, was tackling the remains of communism that they considered sharing strategic military technology and defense systems with them.

Classified documents freshly released at the National Archives in Kew show that Britain’s national security was jeopardized by the United States, which considered making Russia, which had been successfully dismantling communism, partners in the Strategic Defense Initiative, known as the “Star Wars” missile defense shield.

The dossier warned that such controversial cooperation raised “profound questions for global security” and potentially undermined Britain’s efforts to maintain its nuclear Trident submarines as a means of deterrence.

The documents, which were turned down to Downing Street and the Foreign Office, described the UK’s vision of the threat that Russia may pose to the West in the future. Furthermore, the Star Wars project, which was designed by Ronald Reagan in 1983 as a space-based shield to protect the country against a nuclear strike, was adjusted to defend against conventional missiles and weapons of mass destruction launched from within rogue states such as Saddam Hussein’s Iraq or Muammar Gaddafi’s Libya. And the file uncovers President Bush’s intention to discuss the project with Boris Yeltsin after their meeting at Camp David in February 1992, to announce the end of the Cold War.

Sir Stephen Wall, who was at the time the private secretary to John Major, explained to the Foreign Office that the Bush administration believed that Yeltsin had a “whole new attitude and willingness to cooperate which the Americans wanted to exploit for the obvious benefits of a better relationship… as well as to help Yeltsin find useful employment for his nuclear scientists.”

In his letter to the Foreign Office, he proceeded with saying that the Americans would “show willingness to discuss the exchange of technology,” including exploring the possibility of a global defense system “involving a mixture of land based and space based systems,” but warned that Britain, unlike the US, could not assume that “Russia would permanently be a good guy.”

The file also reveals that Bush shared his thoughts with US allies, suggesting a possible NATO-led system of protection against limited missile strikes, with Russia as the “principal partner.” The decision would have “a profound effect on NATO … and would raise difficult questions of who was ‘in’ and who ‘out’ — the old East-West divide could be replaced by a North-South division.”

It continues: “Any significant increase in Russian ability to detect and intercept our Trident missiles would make it more difficult and more costly to meet our deterrent criteria.”

The dossier includes a top secret US brochure about the Star Wars project that reveals the explanation as to how space and ground based tracking systems and radars would monitor a missile’s flight before sending a host of interceptors to liquidate the warhead.

“The idea of an ’East-West cooperation‘ over a Global Protection Against Limited Strikes in addition raises far reaching questions about the future structure of international security. The closer the cooperation, the harder it will be to justify the concept of deterrence to Western public opinion.”

The Star Wars project was officially terminated in 1993; the technology proved to be too complex in, addition to its enormous cost.