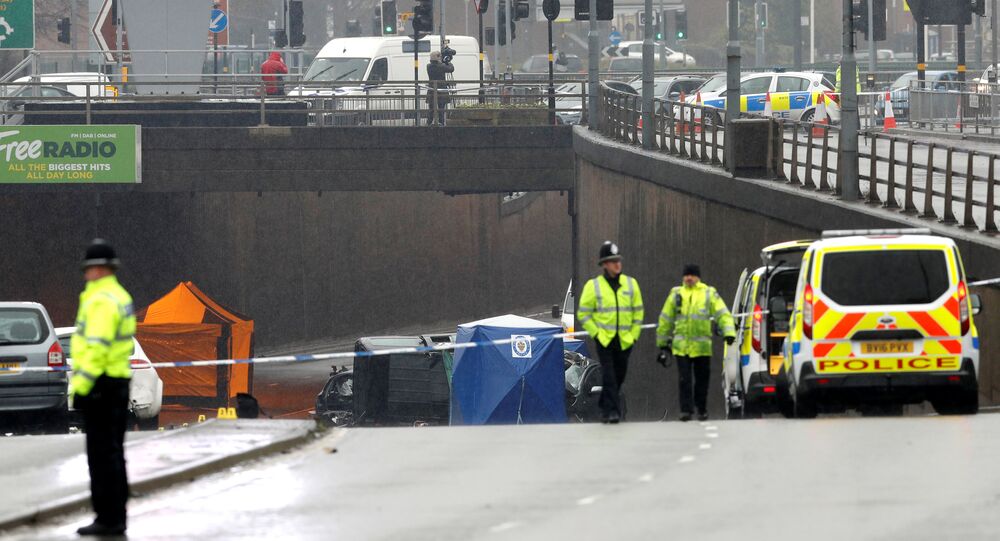 A horrible early-morning multi-vehicle pileup in Birmingham has left six people dead and one in critical condition in hospital, British media reported.

The deadly accident, involving six vehicles, occurred in the early hours of Sunday morning at the entrance to the underpass on Belgrave Middleway, a busy city center route.

A fleet of ambulances, three paramedic officers and an air ambulance all scrambled to the scene of the crash, the BBC reported.

The West Midlands Police described the scene as "very difficult and upsetting."

© AP Photo / Sayyid Azim
At Least 12 Killed, Two Others Seriously Wounded in Car Crash in Western Kenya
According to eyewitness reports, a man and woman in the first car managed to escape with "relatively minor injuries", and were taken to a nearby hospital.

In the second vehicle, a taxicab, the driver and a woman passenger died on the scene.  Another passenger, a man, was rushed to hospital where he later died of his injuries, The Telegraph wrote.

Hi, I work for @PA. Sorry to hear about this. Could you let me know who is the best person to speak to for further details so we can help with an appeal? Many thanks.

​Three of the four men traveling in the third car were confirmed dead at the scene, while the fourth was rushed to a hospital where he remains in critical condition.

​Of those in the three other cars, two people suffered minor injuries and another two escaped unharmed.

In the three other cars involved in the crash, a man and a woman were treated for minor injuries, one man was discharged after assessment and another said he did not require any assistance.

At Least 12 Killed, Two Others Seriously Wounded in Car Crash in Western Kenya