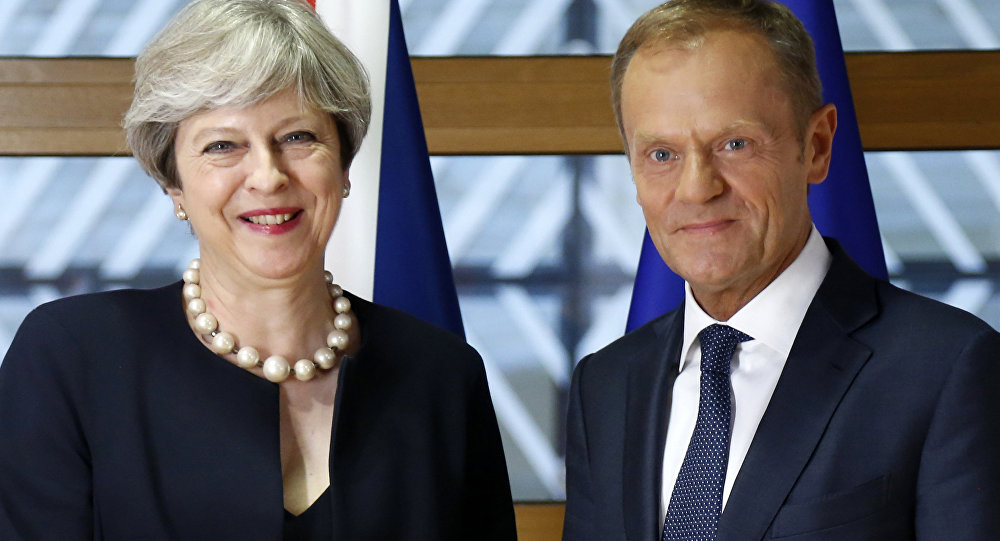 On the eve of the final round of negotiations within the first phase of Brexit talks, European Commission President Jean-Claude Juncker marked a "breakthrough," leading to the negotiators giving a green light to the next stage of talks.

EU Council President Donald Tusk said Friday at the second day of an EU summit that the EU leaders "agree to move on to the second phase" in Brexit talks and congratulated UK Prime Minister Theresa May.

It means that London and the EU have achieved an agreement on the basic terms of Brexit, including Britain's payments to its European partners, the question the border with Northern Ireland and the rights of EU citizens in Britain after Brexit.

EU leaders agree to move on to the second phase of #Brexit talks. Congratulations PM @theresa_may

Thank you to Presidents @JunckerEU and @donaldtusk. Today is an important step on the road to delivering a smooth and orderly Brexit and forging our deep and special future partnership. https://t.co/PSaATiA17n

The EU’s decision to allow Brexit negotiations to reach the next stage has been long anticipated, as European politicians have been making positive overtones on the progress achieved during the talks over the past weeks.

On Thursday, Theresa May was applauded for her speech on Brexit, in which she called on the EU leaders to give a green light to the second phase of the EU-UK negotiations.

© REUTERS / Yves Herman
'Pandora's Box is Open': May Says She is Now 'On Course' to Deliver Brexit
In the wake of a breakthrough at Brexit talks last week Jean-Claude Juncker noted a sufficient progress achieved in terms of a so-called divorce bill, which meant that the EU was probably ready to proceed to the next phase of the talks.

The second round of negotiations on UK withdrawal will deal with terms of future trade relations between Britain and the Union, security issues as well as a transition period.

Britain is set to leave the Union by March 2019 after the UK's historic vote to withdraw from the EU occurred more than a year ago. Since June 2017, Britain and the European Union have been negotiating new arrangements for the UK outside the EU. Key issues of the talks are rights of the EU and UK citizens after Brexit, the so-called "divorce bill" and the Northern Ireland border. Negotiators have to define as well post-Brexit trade relations between the UK and the European Union and terms of cooperation in all spheres.