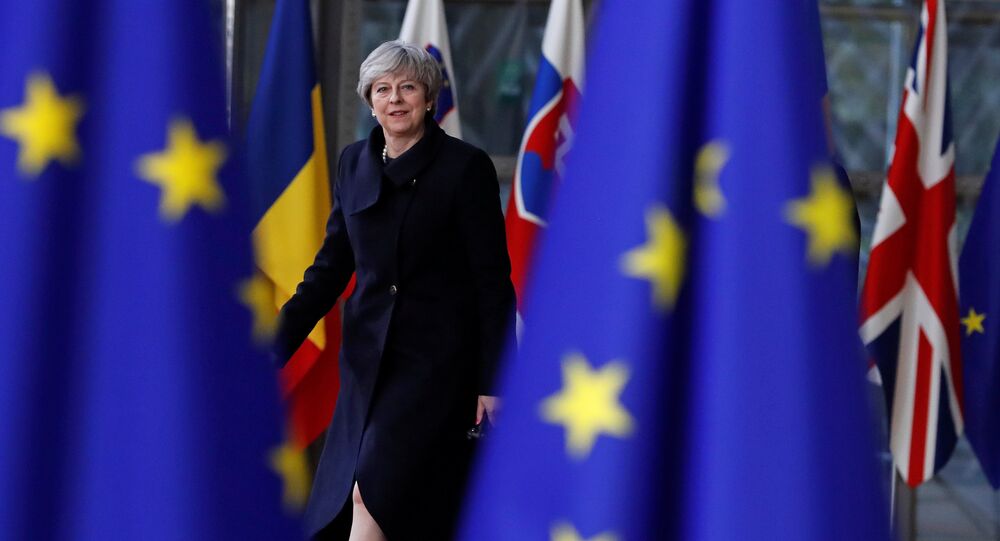 UK Prime Minister Theresa May's Brexit speech was applauded by EU leaders on Thursday night, and hopes are high that progress in the London-Brussels talks on Britain's withdrawal from the EU will continue.

During their summit on Friday, the EU leaders are expected to approve the next stage of Brexit talks on a transition deal.

Earlier, they gave a round of applause to British Prime Minister Theresa May after she delivered a speech to outline Brexit's divorce proposals and call on Brussels to give a green light to the second stage of the UK-EU negotiations.

"A particular priority should be agreement on the implementation period so that we can bring greater certainty to businesses in the UK and across the 27 [countries which will remain in the EU]," May said.

At the same time, Merkel said that "there remain many issues to be solved and we don't have much time."

The remarks came after European Parliament President Antonio Tajani said that the European Parliament supports moving to the next phase of Brexit negotiations and pledges to remain "vigilant when it comes to the three points in the framework agreement — the rights of citizens, Northern Ireland's border and financial aspects."

In a joint report issued last week, PM May and European Commission President Jean-Claude Juncker confirmed the progress achieved during the first phase of Brexit talks.

On Wednesday, the European Parliament approved a resolution recommending that the European Union should decide that "sufficient progress" had been made in Brexit negotiations and give the go-ahead to the beginning of the second stage of the talks.

The next phase of the negotiations is expected to center on a transition period in the EU-UK post-Brexit relations and the future of their long-term trade and security cooperation.

Brexit talks between the UK and the EU kicked off on June 19 and are scheduled to wrap up by the end of March 2019.