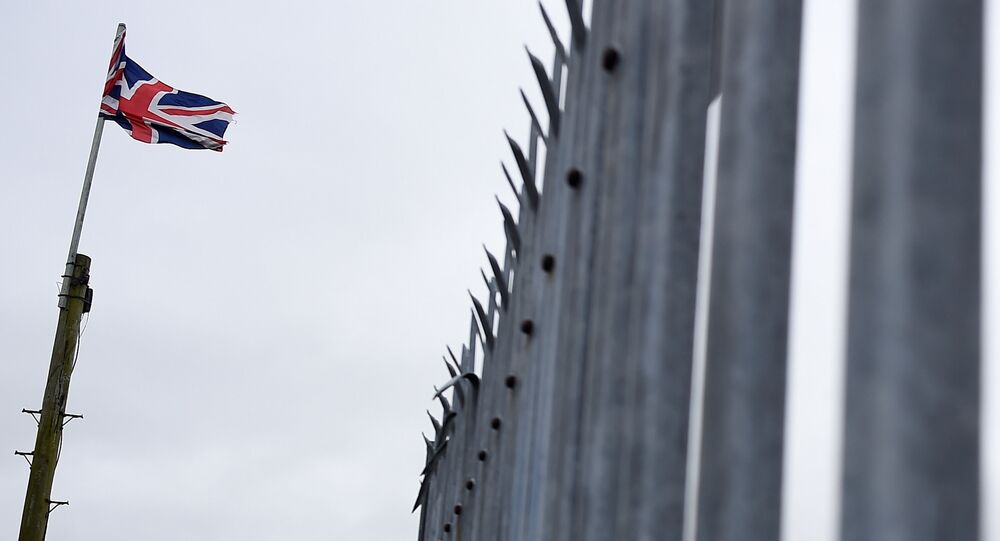 One solution to the Brexit border issue in Ireland border would see Northern Ireland remain in the EU single market and customs union as a region of the UK, Dr. James Anderson, Emeritus Professor of Political Geography at the Senator George J. Mitchell Institute for Global Peace, Security and Justice, told Radio Sputnik.

Solving the Northern Ireland border issue, which has re-emerged thanks to Brexit, "is not beyond the wit of man," UK Foreign Secretary Boris Johnson told reporters on Friday. He was responding to concerns about the political and economic impact of border controls on the island of Ireland as a result of Brexit.

According to an EU document on the issue of Ireland's relationship with the UK after Brexit, leaked to the Guardian on Wednesday, Brussels believes that the UK bears the "onus to present solutions which overcome the challenges" created for the region by the Brexit vote.

The prospect of a physical border in Ireland would have a significant impact on the economy on both sides of the boundary, Dr. James Anderson, Emeritus Professor of Political Geography in the Senator George J. Mitchell Institute for Global Peace, Security and Justice, and a founder-member of the Centre for International Borders Research at Queen's University Belfast, told Radio Sputnik.

"The EU is saying that the UK created the problem and therefore has some responsibility to finding a solution," he said.

"There will be a lot of damage done to Ireland, [to] the all-Ireland economy, which has got quite a lot of cross-border trade."

© REUTERS / Pascal Rossignol
'Very Hardcore Line': Leaked Brexit Paper Aims to Slash Immigration From EU
One solution to the difficulty would see Northern Ireland remain a part of the UK and also a part of the EU's single market, with potential political ramifications.

"There is another possibility and that is that Northern Ireland, as a region of the UK, stays in the customs union and the single market. It really is seen by most people as a very unpredictable situation. The EU does not want Britain to be seen to be gaining by leaving the EU, because that would encourage other people to do it. It also wants to maintain the integrity of the single market."

The British, on the other hand, want to "have their cake and eat it," by maintaining their existing trade and making their own deals on top of that.

"The main bargaining chip that the British have is the threat of the hard border in Ireland. If that border becomes the border of the customs union and the single market, then it will be up to the European Union and the Republic of Ireland as a member state, to secure that border. It will be a bonanza for smugglers. So, the British are really saying, 'if you don't do what we want, you are landed with the problem of trying to create a secure border in Ireland.'"

"Of course, there'd be collateral damage to Northern Ireland, which is part of the UK. The British negotiators in London are discounting that, they're not that interested. The slogan of Brexit was, 'take back control of our borders.' The British have shown virtually no interest in taking back control of the Irish border, they see that as a problem for the Republic of Ireland and the EU."

© AP Photo / Peter Morrison
Irexit? 'There Are No Longer Any Advantages to Ireland Staying in the EU'
A political impasse in the Northern Ireland Assembly, which has been dissolved since January, is exacerbating uncertainty over the region's future. The government collapsed due to the scandal surrounding a botched energy scheme when its costs spiraled out of control.

"There isn't a regional government in Northern Ireland at the moment. Basically, Sinn Fein and the DUP, the main nationalist party and the main unionist party, can't agree. They've been in dispute since the beginning of the year. There isn't a proper unified administration to deal with the issue. A lot of the debate is preoccupied with trying to get one, and one of the casualties of that has been any really serious, sustained discussion of the border."

"Basically, you've got a situation where 56% of the voters in Northern Ireland were opposed to Brexit, they wanted to stay in the EU. A very small minority of people want a hard border, but we could still get it, the reality is we could get it by default," Anderson warned.