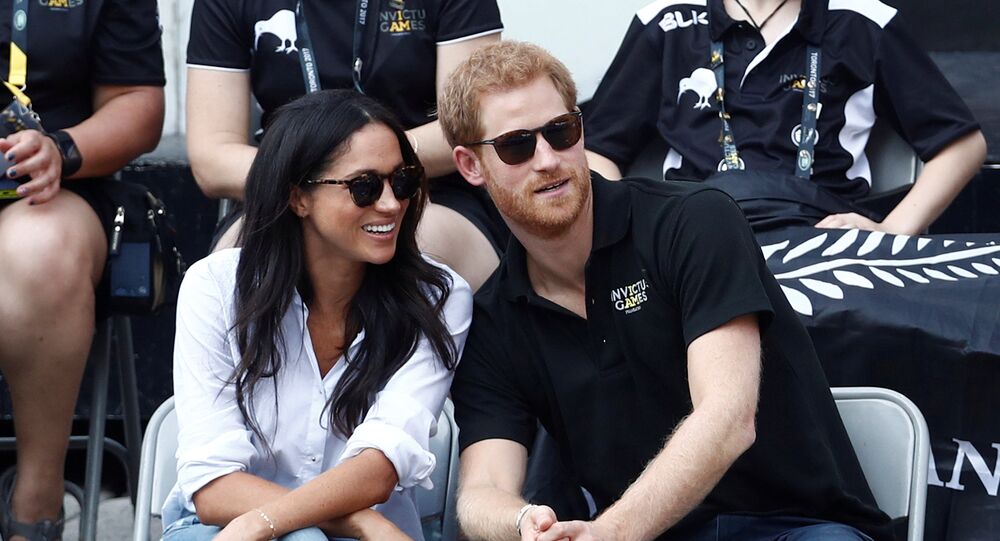 The wedding of UK Prince Harry and Meghan Markle will take place in spring 2018, according to an announcement issued by Clarence House, the Royal Family's Westminster residence.

Prince Harry has informed the Queen and other members of the Royal Family that he and his girlfriend, US actress Meghan Markle, became engaged earlier this month, the statement from Kensington Palace reads.

The Prince of Wales has announced the engagement of Prince Harry and Ms. Meghan Markle. pic.twitter.com/rtlAnFCWTf

Prince Harry has also sought and received the blessing of Markle's parents, who wished the couple "a lifetime of happiness" in their statement adding that seeing their daughter's union with Prince Harry is "a source of great joy" for them.

The Duke and Duchess of Cambridge commented on the announcement of the engagement saying that they are "very excited for Harry and Meghan" and "it has been wonderful getting to know Meghan and to see how happy she and Harry are together."

The Queen and The Duke of Edinburgh are delighted for the couple and wish them every happiness. https://t.co/aAJ23uSbao

Warm congratulations were also sent by British Prime Minister Theresa May, who wished the couple "great happiness for the future."

I would like to offer my very warmest congratulations to HRH Prince Harry and Meghan Markle upon their engagement.

This is a time of huge celebration for two people in love and, on behalf of myself, the Government and the country, I wish them great happiness for the future. https://t.co/Sfx76X98BW

Congratulations to Prince Harry and Meghan Markle. Wishing them a lifetime of love and happiness together.

Congratulations to Prince Harry and Meghan Markle. Wonderful news and I wish them a long and happy life together.

Rumors had been circulating in the press for some time about the possible engagement between Prince Harry and divorced American actress Meghan Markle, prompting controversy in some quarters.

Markle's interview to Vanity Fair in September came as a surprise as she shared her feelings for Harry and spoke openly and frankly about their courtship before becoming engaged, which is uncommon for a royal love interest.

© AP Photo / John Stillwell
Daesh War Moves Into New Phase as Singaporean Jihadist Challenges Prince Harry
They were introduced to each other in July 2016 and, after several months, Harry confirmed their relationship as he fended off media intrusions on Markle's private life. However, they only publicly appeared together in September 2017 at a sports event for wounded troops.

Thirty-six-year-old actress Meghan Markle, best known for her role in US legal drama "Suits", is engaged in humanitarian work as she campaigned with the UN on the issues of gender equality and traveled to Rwanda as an ambassador for the charity World Vision Canada.

Prince Harry and the Blame Game: Afghans Not Impressed by Complaining Royal