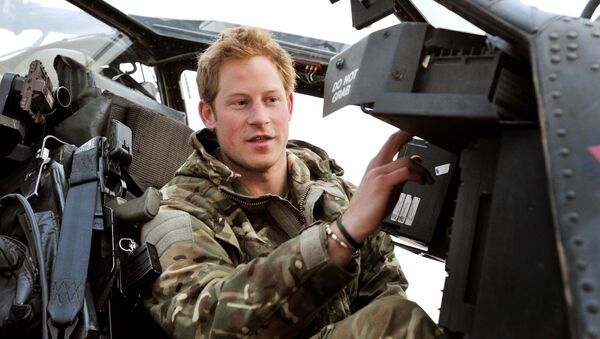 A Singaporean Daesh fighter in Syria has appeared in a video challenging Britain's Prince Harry to fight the terror group's members as fears grow that the affluent city-state could now become the target for a terror attack, the authorities have revealed.

A jihadist, named by authorities as Megat Shahdan bin Abdul Samad, originally from Singapore but now fighting in Syria, has challenged Prince Harry to fight against Daesh in a new video posted on September 23. The terror threat in Singapore remains at its highest level in recent years amid fears it could be singled out by the terror group. 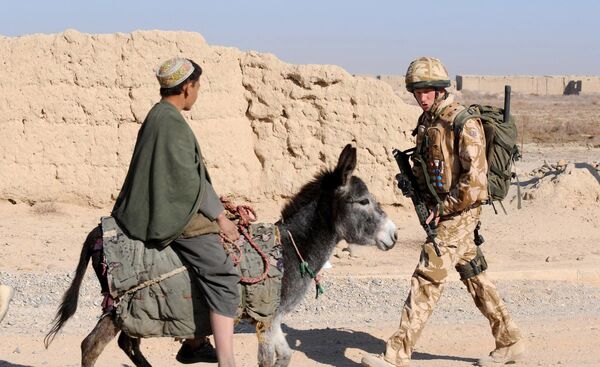 A photograph made available February 28, 2008, shows Britain's Prince Harry (R) as he passes a donkey while on patrol through the deserted town of Garmisir close to FOB Delhi (forward operating base), in Helmand province in Southern Afghanistan, on January 02, 2008
© AFP 2022 / JOHN STILLWELL / POOL

In what is believed to be the first time a fighter from Singapore has featured prominently in one of Daesh' videos, the three-minute long footage, shot in English, shows the militant demanding the prince — fifth in line to the throne — come to fight — if he is "man enough."

The video threatens to send Prince Harry and his fellow soldiers to hellfire after the prince, who visited Singapore in June, spoke about a Daesh-claimed terror attack in London that saw knife-wielding men mow down, stab and kill seven people before being gunned down by armed police.

"To Harry, you come to Singapore and tell such stories to gain sympathy for the London terror attacks?" said Megat Shahdan bin Abdul Samad, 39, who left in 2014 to work in the Middle East, where he is assumed to have been radicalized.

"Why don't you come here and fight us if you're man enough, so that we can send you and your Apaches (helicopters) to hellfire, bi ithnilah (Allah allowing)?" he added. 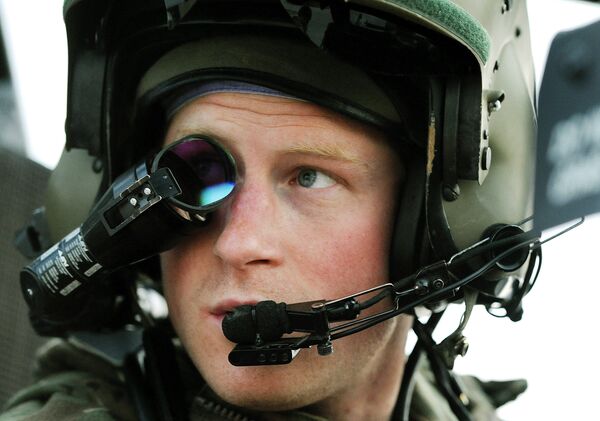 In this Dec. 12, 2012 file photo, Prince Harry wears his monocle gun sight as he sits in the front seat of his cockpit at the British controlled flight-line, in Camp Bastion, southern Afghanistan.
© AP Photo / John Stillwell

A spokesperson at Buckingham Palace refused to discuss the video, or if Prince Harry himself has been made aware of the threat.

The Ministry of Home Affairs in Singapore said: "Our security agencies have been aware of the presence in Syria of a Singaporean, Megat Shahdan bin Abdul Samad, 39, and have been monitoring his activities. It is believed that the person in the video calling himself Abu Uqayl is Shahdan."

The video also focuses on the Daesh recruitment of militants in East Asia and the Middle East.

Professor Rohan Gunaratna, the head of the International Center for Political Violence and Terrorism Research in Singapore, and the author of Inside Al Qaeda: Global Network of Terror, said it was a deliberate attempt to ramp up the propaganda war and target new areas.

"It is a propaganda video that focuses on two things. The fighter Shahdan is directing the attention of Daesh supporters and sympathizers to go to a new conflict zone, that is west Africa, Nigeria, Libya or go to Pakistan. But [he] mentioned the area he comes from Singapore and he mentions the East Asia division, in particular. So what we are seeing today with the battle space shrinking in Iraq and Syria is IS [Daesh] fighters will be able to sustain the campaign beyond Iraq and Syria," Professor Gunaratna told Sputnik.

Professor Gunaratna said it was a new phase in the battle by expanding into Africa, the Middle East and South East Asia.

"They [Daesh] are looking at global expansion and ways to create a lot of chaos and disrupt stability elsewhere.

"It will be difficult for Daesh as the leaders in south east Asia are strong, they have also learned from others and will try and stop them spreading their propaganda," Professor Gunaratna told Sputnik.

In June, 2017, the government issued its first-ever national Singapore Terrorism Threat Assessment Report in order to give its residents "a better understanding" of the terrorism threat.

Speaking at the time, a Ministry of Home Affairs (MHA) spokesman said: "Through this report, we hope Singaporeans will better appreciate the seriousness of the terrorism threat, and to be alert and prepared in the event of an attack."

While there is "no credible intelligence of an imminent attack," the MHA stressed its security agencies remain on high alert, with residents being urged to remain vigilant and prepared.

"Singapore was specifically targeted in the past year and the regional threat has heightened," the report said, adding: "Singapore has been cited as a target in jihadist publications and videos, by both the Islamic State [Daesh] in Iraq and Syria and other groups."

Singapore Prime Minister Lee Hsien Long said it was "not the only definite plan by terrorists to attack targets in Singapore that we know of. We know there have been others, we've quietly acted on the information, we've taken precautions."

"The terrorism threat to Singapore is thus very serious… we will continue to be a target as ISIS [Daesh] comes under siege in Syria and Iraq, and aims to export its fight overseas in a show of prowess," the PM added.

Singapore as a Target

An Arabic publication that appeared online in 2016 also named two potential targets — the Singapore Exchange and an unspecified port, that terrorists could strike in order to attack the international economy, and hurt American and Western interests.

Time Bomb Ticking: Threat of Daesh Hangs Over Southeast Asia
Previously propaganda material from Daesh, has included a video released in May 2016 and another publication in which it named Singapore as among members of the "crusader coalition" fighting the militant group.

The ministry has said it was aware of two Daesh attempts to attack the state, the first involved plans to strike in the first half of 2016. No exact details have been revealed.

Singapore is not immune to home-grown terror threats either, however, as the security services are aware of self-radicalized Singaporeans who have traveled to join Daesh as well as foreign residents radicalized by online exposure to its propaganda.

Political scientist Dr. Bilveer Singh from the National University of Singapore stressed there are many possible targets on the island, including Changi Airport, hotels and the heart of the Central Business District, for example.

"Singapore, as a target, is there… it'll never go away for a long time,"  Dr. Singh said.

The security services believe Daesh has already exerted a radicalizing influence in Singapore well beyond what other terrorist groups, including al-Qaeda and Jemaah Islamiyah, have been able to muster.